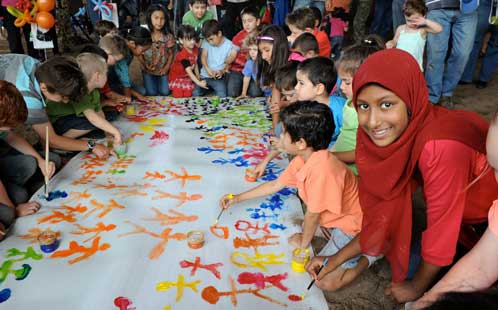 The Race Discrimination Commissioner Dr Tim Soutphommasane will discuss the best ways to combat racism at a University of Western Sydney Open Forum.

The Open Forum Challenging Racism: What Works will be held at the University of Western Sydney's Parramatta campus on Wednesday 23 July at 12.30 pm.

The UWS Challenging Racism project found 87 per cent of respondents from across Australia agree it's a good thing for society to have people from different cultures.

Yet just 30 per cent of bystanders are prepared to speak out when they hear racism, with many saying they simply don't know what to do.

Director of UWS Equity and Diversity and former Human Rights Commissioner Dr Sev Ozdowski says many people want to help the victims of racism, but simply don't know how to intervene.

"Australia is a vibrant, multiethnic society with a high degree of cohesion, but there are exceptions," says Dr Ozdowski.

"Racism takes many different forms, from abusive language or discriminatory treatment to violence, and it's a cancer on our society we all have to work hard to eradicate."

"This Open Forum is a great opportunity to hear from the Race Discrimination Commissioner about his thoughts on how to ensure racism isn't tolerated."

As part of the Open Forum, Dr Soutphommasane will launch a new University of Western Sydney initiative to equip staff and students with the tools they need to combat racism in the community.

The project will see 200 staff and 100 students attend workshops throughout the year to learn how to challenge racist attitudes and behaviour as it occurs.

As part of the initiative, researchers will gauge the effectiveness of anti-racism strategies to help policy makers and organisations bring about racial justice.