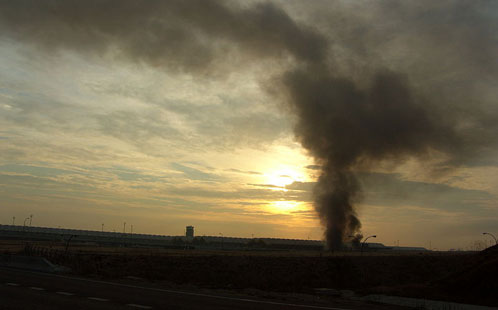 A public workshop at the University of Western Sydney will examine how socio-economic hardship, and not religious ideology, is causing many young men to join extreme religious organisations such as Islamic State.

Dr Jan Ali, from the UWS Religion and Society Research Centre, has extensively studied Islamic revivalism and is currently examining Sharia in Australia.

Dr Ali is hosting a public workshop discussing the drivers of terrorism at the School of Social Sciences and Psychology at the UWS Bankstown campus on Wednesday September 17.

"Terrorism is not a religious reality but a sociological phenomenon," says Dr Ali.

"Many young Muslim men overseas are currently facing economic deprivation, social inequality and political instability, and joining a terrorist organisation is often a way out of this sense of despair and lack of identity in the modern world."

"To attribute terrorism to Islam misses the point, as there is no support for terrorism in scriptural Islam, and the vast majority of Muslims are law abiding citizens."

Dr Ali says many Western Muslims who leave their countries to join foreign wars are acting out of a sense of empathy with fellow Muslims at the coalface of suffering.

"Australians and citizens of other first-world countries joining these foreign wars often do so in reaction to the hopeless situation facing their young 'brothers' overseas, who live in underdeveloped, unequal societies," he says.

"These Muslims feel a sense of outrage on behalf of the often hopeless situations facing many Muslims, and by joining the fight they may think they are doing something to help."

Dr Ali says it is for these reasons that terrorism in the contemporary period is a social and not an Islamic phenomenon.

"A substantive understanding of terrorism requires a systematic and deep analysis of its causes, and the public workshop will focus on these factors," says Dr Ali.

Members of the public are invited to hear Dr Ali speak at the public workshop Sociology of Muslim Terrorism: Causes and Consequences, at the UWS Bankstown campus Building 3, Room G 55 at 6pm on Wednesday September 17.