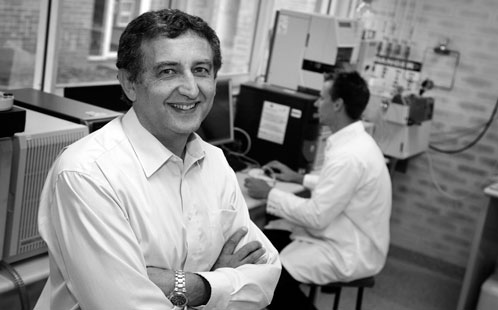 The University of Western Sydney congratulates Professor Alan Bensoussan, the Executive Director of the National Institute of Complementary Medicine (NICM), who has been awarded complementary medicine's most prestigious accolade, the Lady Cilento Award for lifetime achievement and outstanding contributions to the industry and community.

The Award was given to Professor Bensoussan at Complementary Medicine Australia's Annual Awards evening. With a life-long commitment to complementary medicine and an exceptional record of professional achievement, Professor Bensoussan has been an active researcher and advocate for complementary medicines for 30 years, beginning his career in clinical practice as an acupuncturist and later leading one of the world's first clinical trials tailored to the specific requirements of evidence based research into non-prescription medicines in use.

Throughout his career, Professor Bensoussan has sought to make high quality complementary medicines accessible through mainstream healthcare by working with industry to develop the scientific evidence base, and provide a voice for the sector with governments and policy makers nationally and internationally.

He has served for more than 10 years on the TGA's committee for complementary medicines and went on to chair that committee (ACCM) for three years. He has made substantial contributions to the development of the TGA guidelines for evidence evaluation, including the formal recognition of traditional history of use.

Professor Bensoussan developed and launched one of the first Chinese medicine undergraduate and postgraduate courses in Australia, but notably, the only Chinese medicine course in the West co-located with a conventional medical program.

Professor Bensoussan established and successfully led the UWS Centre for Complementary Medicine Research (CompleMED) in 2000, with three active research divisions: clinical trials, herbal analysis and public policy research. In 2007,  he received $4.6 million from the Federal and NSW governments to establish the National Institute. NICM was the first nationally focused institution for the complementary medicine sector, with a charter to develop Australian capacity in complementary medicine research, strengthen collaborative activities and set national priorities in that area. Under Dr Bensoussin's leadership, NICM has produced a string of achievements to increase the profile and standing of complementary medicine in Australia.

NICM has grown to over 55 staff and students, and actively works with national and international collaborators, industry and governments. 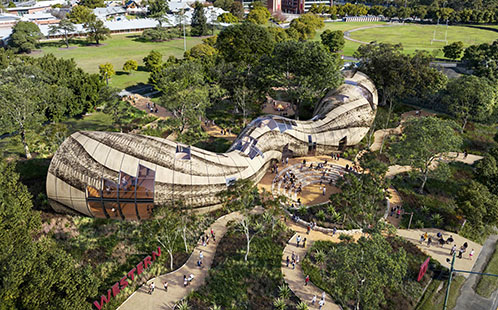 Western Sydney University welcomes the NSW Government’s announcement of $78.5 million from the WestInvest program to help establish an Indigenous Centre of Excellence at the University.

Western Sydney University’s Professor Samanthika Liyanapathirana from the School of Engineering, Design and Built Environment has been accepted into the 2023 Australian Research Council’s College of Experts.