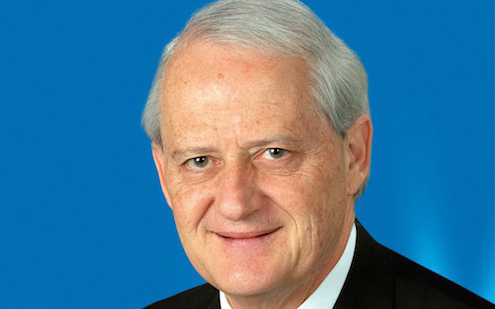 Chief Government Whip, Federal member for Berowra and Australia’s longest serving Minister for Immigration, The Hon. Philip Ruddock, MP will be the special guest speaker at an Open Forum at the University of Western Sydney’s Parramatta campus on Thursday, April 24.

The Open Forum will focus on the plight of the Rohingya Muslim minority from the Rakhine State in Burma (Myanmar).  Over the years, many thousands of Rohingya fled to refugee camps in Bangladesh and along the Thai-Burma border, Malaysia and Indonesia.

Most recently in 2012, heightened ethnic tensions in Burma led to clashes which left dozens of Rohingya Muslims dead in Rakhine state, the withdrawal of aid workers and shortages of medical, water and food supplies.  According to the United Nations, the Rohingya are now one of the most persecuted minorities in the world.

Mr Ruddock will be joined by Dr Graham Thom, Refugee Coordinator with Amnesty International Australia since 2000, who has been working on behalf of individual asylum seekers as well as on broader human rights issues relating to refugees will also provide commentary at the Forum.

In 2007, Dr Thom joined with UNHCR and a number of Australian NGOs in Bangladesh visiting the Rohingya refugee camps, where 26,000 refugees have been trapped for over 15 years. In 2009 and 2010 Dr Thom undertook research missions with Amnesty International to Malaysia to examine conditions faced by refugees both in detention centres and in the community. He also met with a number of Rohingya refugees.

Dr Sev Ozdowski, Former Human Rights Commissioner and Director of Equity and Diversity at UWS, will chair the Open Forum.

“The situation for Rohingya refugees in the camps and in their communities in Burma where recent attacks have increased their vulnerability is critical,” says Dr Ozdowski.

The Rohingya Muslims have a long history of persecution and discrimination in Burma. They are viewed by authorities and the majority Buddhist population of Rakhine state as illegal immigrants from Bangladesh.

Recently, tensions arose again over a government census – the first in three decades – which led to anger among Buddhists that it may lead to official recognition of the Rohingyas.