Obesity sending over 45s to hospital - costing $4billion a year 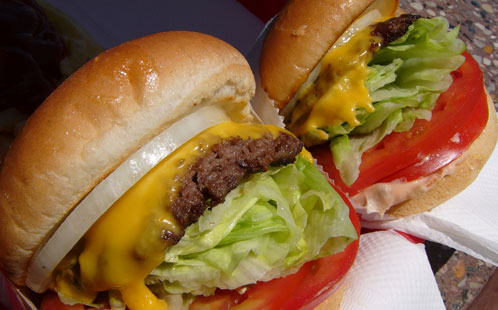 One in every six days spent in Australian hospitals is related to overweight and obesity among the over-45s, costing the nation nearly $4 billion a year, new research shows.

The research, which looked at the hospital records of more than 200,000 people aged 45−79 participating in the Sax Institute's 45 and Up Study, has unearthed a level of detail on overweight and obesity and hospital use not previously available.

It will be presented at today's annual 45 and Up Study meeting in Sydney. The research team includes Professor Louisa Jorm from the UWS School of Medicine.

"There are a lot of broad estimates on how much overweight and obesity costs hospitals and other health services but very little hard evidence linked to real people. The results we are presenting today shed new light on the impact this problem is having on the health system – and they indicate a greater impact than previously thought," says lead researcher Dr Rosemary Korda, from the Australian National University.

Dr Korda and her colleagues from ANU, University of Western Sydney, University of Sydney and the Sax Institute, found that once a person becomes overweight, there is a direct link between increases in their body mass index (BMI) and their chances of being admitted to hospital, the number of days spent in hospital and the cost to the health system.

"Of course we didn't look at younger people, but it is likely that similar patterns exist among younger adults and possibly children. It's also likely that use of other healthcare resources such as primary care and pharmaceuticals increase in a similar way with increasing BMI."

Given that that 63% of Australian adults are overweight or obese, and this proportion continues to grow, it would be fair to say that the likely future cost to the health system is extremely concerning."

45 and Up Study Director and co-author of the research, Professor Emily Banks, said the results showed that overweight and obesity was not just a burden for people struggling with their weight, but a large burden for the health system as a whole.

"It's clear from these results that if we don't do something to stem the rise in overweight and obesity, then healthcare costs will continue to increase more than they need to," Professor Banks said. "Even small reductions in the level of overweight and obesity could result in considerable savings to the health system."

Among 45-79 year olds, overweight and obesity accounts for: