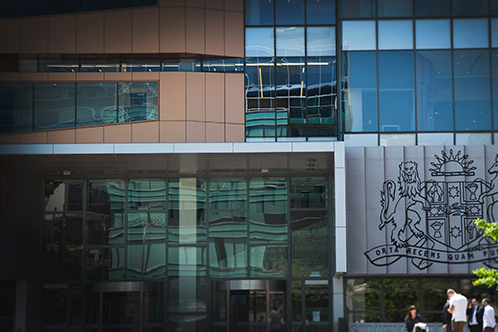 The Honourable David John Collier, UWS Adjunct Professor in Law, has been awarded an AM for his long service to the law in the 2014 Queen’s Birthday Honours list.

Professor Collier was inducted into the general division of the Order of Australia for significant service to the judiciary and to the law, particularly through the Family Court of Australia and to legal education.Professor Collier was a Judge in the Parramatta Registry of the Family Court of Australia from 1999 to 2013. He was a member of the Family Law Committee, NSW Bar Association, Past President, Parramatta and District Law Society, a Founding Member of the Lachlan Macquarie Law Chambers in Parramatta and Founding Solicitor of the Minda Children’s Court Pro Bono Scheme.

His contributions over the years to legal education included working as an Instructor at the College of Law and Continuing Legal Education Programs and as Adjunct Professor in Law at UWS.