Lost in translation: Study explores the experiences of children who translate for family members 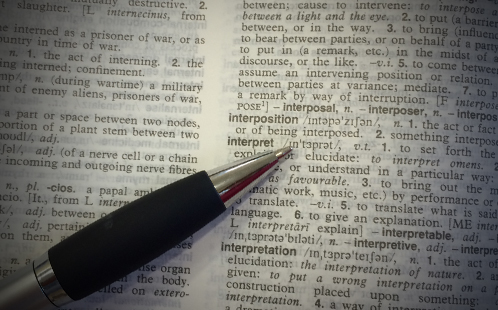 For many new refugees and immigrants from non-English speaking backgrounds, one of the most difficult barriers they face on arrival in Australia is making themselves understood.

Often, the children of these new arrivals are the first in the family to acquire English language skills and learn the language quickly. As a result, they become the "language brokers" for the family translating and interpreting on behalf of parents and other adult family members or neighbours who need to access various medical, legal, social and employment services.

Now a new University of Western Sydney research project seeks to explore their experiences and see what effect the role of language broker has had on their lives.

The ability to access services are important first steps along the road to successful integration for refugees and immigrants. Non-English speakers require particular support to overcome myriad potential language difficulties that impede their integration into Australian society.

The role of translator/interpreter on behalf of older family members takes on huge significance in the family and may place the child under enormous stress which can eventually have a significant impact on the child's psychological well-being.

Current research on the topic indicates that the experiences of these children who act as language brokers on behalf of adult family members vary greatly. Some see their role as stressful and a burden resulting in feelings of frustration, anger, embarrassment, confusion and worry.

It can also lead to increased parent-child conflict. Yet others report feeling proud, helpful, happy, useful and trusted, seeing their role as part of fulfilling their obligation to the family.

The study seeks to understand these differences in feelings towards the role of language broker as well as how these perceptions relate to the child's psychological well-being.

It aims to determine if certain factors influence the way they feel about their role and how it affects their relationship with parents.

The study is being undertaken by UWS Honours Psychology student Sharon Cashel and is supervised by Dr Renu Narchal, Senior Lecturer in the School of Social Sciences and Psychology.

Participants should be over 18 years old and be the children of immigrants to Australia from non-English speaking countries who have translated and interpreted for their parents as young children or young people.

They are asked to complete an online questionnaire which should take approximately 30 minutes. Participation is voluntary and answers will be given anonymously.

For more information about participating, contact Sharon Cashel on 15999232@student.uws.edu.au

The University of Western Sydney Human Research Ethics Committee has approved this study. The approval number is (H10676)