During the 2014 Autumn Graduation ceremonies, the Board of Trustees formally recognise members of the Greater Western Sydney community, for outstanding contributions to the region.

These individuals are valuable role models in the community and have gone 'above and beyond' in their work or community service. Additionally, Uncle Darryl is an Aboriginal Elder on Campus and Community Elder.  The Elders on Campus group comprises highly respected community Elders who make themselves available to advise and guide students in the context of employment. They provide leadership, mentoring, cultural workplace relations, Board and Committee participation, and operate in an advisory capacity with the potential to develop projects associated with ongoing research and teaching. Uncle Greg Simms is well known as an activist for reconciliation, a traditional woodcarver, a storyteller and an educator of Aboriginal culture.  Uncle Greg’s ties to the Aboriginal community of Greater Western Sydney are through his ancestral links to the Gundungurra (waterdragon lizard people) of the Blue Mountains and the Gadigal (whale people) of the Darug nation.

Growing up in La Perouse and now a resident of the Greater Western Sydney Region, Uncle Greg is a Community Liaison Officer with Ability Options, which provides employment services specifically to Aboriginal people with a disability or health condition.

Additionally, Uncle Greg is an Aboriginal Elder on Campus, Community Elder and Gadigal Elder. The Elders on Campus group comprises highly respected community Elders who make themselves available to advise and guide students in the context of employment. They provide leadership, mentoring, cultural workplace relations, Board and Committee participation and operate in an advisory capacity with the potential to develop projects associated with ongoing research and teaching. Aunty Zona has worked in the industry as an artist, art teacher and curator.

She is a highly respected cultural educator and visual artist working in textile, ceramic, mosaic, sculpture, painting, mural and printmaking, in addition to being a founding member of the Blacktown Arts Centre.

The Elders on Campus group is comprises highly respected community Elders who make themselves available to advise and guide students in the context of employment. They provide leadership, mentoring, cultural workplace relations, Board and Committee participation and operate in an advisory capacity with the potential to develop projects associated with ongoing research and teaching.

Tara Odgers, President of Everyone Can Dance 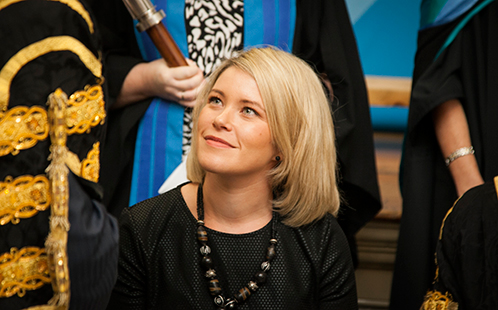 Tara Odgers is passionate about helping others in the Greater Western Sydney Region, particularly those with a disability.  Tara has first-hand experience working with many people with a disability and understands their daily challenges.

In February 2008, Tara initiated and established a not-for-profit charity organisation called ‘Everyone Can Dance’, which is based in Camden.  This charity is run by a volunteer management committee.

‘Everyone Can Dance’ strives to not only help support and encourage those with a disability, but also works to raise a greater community awareness regarding the needs of disabled people in the hope that everyone will be treated equally.

The charity’s aim is to raise funds to help and support young children and adults with either a disability or additional needs to become more self-reliant, and to develop their capacity and capabilities in education and for employment.

‘Everyone Can Dance’ purposefully strives to involve children and youth with disabilities in social events and works to make them feel confident in doing so.

In turn this support helps their families, carers and the local community. This is done through a range of supervised respite outings and fund-raising activities and events, which are all organised by Tara and her dedicated team of volunteers on the management committee. 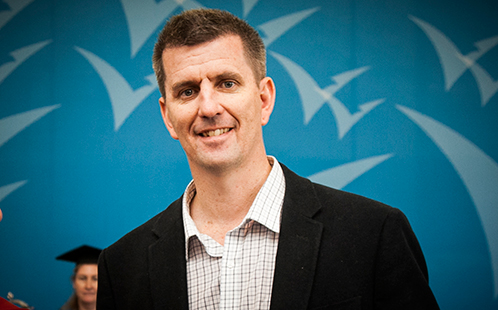 Toby Raeburn is a nurse practitioner in psychiatry and the founder and Chief Executive Officer of Australia’s first mental health nursing charity, ROAM Communities.  Based in Camden, South West Sydney, ROAM is dedicated to assisting people with mental illness towards recovery through ownership, action and management in the community, avoiding hospitals, gaols and homelessness.

Toby started ROAM in 2005 while he was the nurse manager at Matthew Talbot Hostel.  His years of dedication to assisting those with mental health issues included living for a year in a youth shelter and being a carer for 15 mentally ill, homeless teenagers.

Toby’s interest in research began in 2009 when he was awarded a Churchill fellowship to study nurse led services amongst vulnerable populations in the USA.  His current PhD research through the University of Western Sydney is a qualitative case study focused on how the Clubhouse model of psychiatric rehabilitation implements recovery practices to assist people with mental illness. 'Paying it Forward – Homeless Hampers' was an initiative birthed simply after watching a Youtube video of New York homeless people being handed a banana and a bottle of water by complete strangers.

After watching this video, it moved the Jagt family so much that they approached family and friends to pledge an amount of $17.50 each to put towards a Christmas hamper for local homeless patrons.  120 hampers were created in a very short time.

While putting together the hampers, Gen Jagt realised that while there were other services in the local area providing for specific needs in various ways, there were a few gaps.  From this realisation, ‘Paying it Forward’ was born, with patrons of the service able to receive meals three nights per week.

While ‘Paying it Forward’ is working towards becoming an incorporated not-for-profit charity, they continue to provide what they can to patrons with the wonderful support of an ever-growing list of volunteers. The provision of food hampers, toiletries, clothing, blankets and bedding, as well as referrals, to other local services are all elements of the initiative This is all funded by supporters of 'Paying it Forward' through donations of food, cash and pre-loved items.  'Paying it Forward' started in Penrith, and aims to provide dignity and comfort to rough sleepers and homeless patrons throughout the western Sydney region. On 15 February 2012, 23-year-old Sarah Frazer of Springwood was tragically killed alongside tow-truck driver Geoff Clarke after a truck side-swiped her car, which had broken down on the Hume Highway while she was on her way to start a new life at university.

Since that time, Sarah’s father, Peter Frazer, has dedicated his life to ensuring the safety of motorists and emergency responders attending to accidents and breakdowns on the nation’s roads by campaigning for wider breakdown lanes and urging people to slow down and move into the next lane when approaching an accident scene.

Mr Frazer’s incredible concern for others has seen a petition signed by thousands of people presented to NSW Parliament. It has also seen him receive support from groups such as the NRMA, the NSW Police Association and Governments around Australia; and has resulted in the Annual Yellow Ribbon Road Safety Week, where motorists place a yellow ribbon – Sarah’s favourite colour – on their cars to show their support for safer driving.

Another outcome of these efforts has resulted in the SARAH Group website(opens in a new window) which provides an excellent resource of information for all those who support safer Australian roads.

From an incredibly personal tragedy, Peter Frazer has triumphantly brought about life-saving action for the purpose of helping others and saving lives on our roads. Peter is an inspiration to many in the local community and beyond.