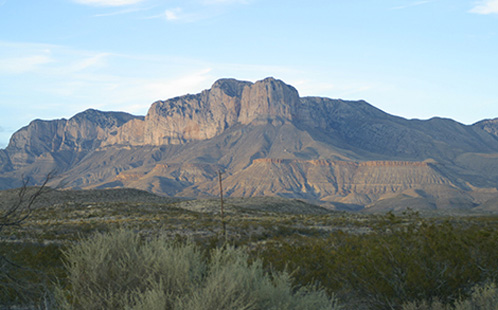 The role of borders and landscape in the works of treasured American author Cormac McCarthy will be contrasted with the way geographical space is used in Australian literature at a University of Western Sydney conference.

The works of Cormac McCarthy blend mysticism and mythology and cover nearly two hundred years of southern and south-western American history. He has won the Pulitzer Prize for The Road, and his 2005 novel No Country for Old Men was adapted as a 2007 film which won four Academy Awards.

Taking into consideration Cormac McCarthy's interest in place and displacement, the theme of this conference, organised by the UWS Writing and Society Research Centre, is Borders and Landscapes. Given that the conference focuses on an American author but is taking place in Australia, the organisers are particularly interested in the geographical spaces of the two countries as represented in literature.

"The conference is the first of its kind to be hosted in Australia," says Conference Convenor Lou Jillet.

"Cormac McCarthy's work is attracting an increasing number of critics and fans, and the international and the interdisciplinary nature of the conference promises to broaden the network of McCarthy scholarship."

Keynote speeches at the conference include:

The conference will highlight various approaches to the theme of landscapes and borders, including: