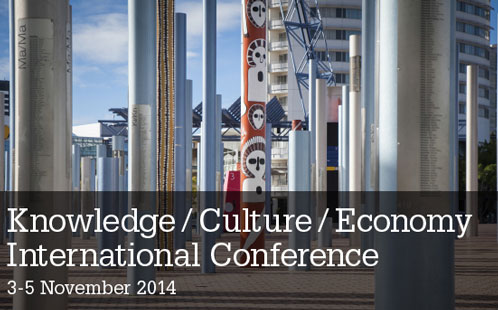 Academics, policy makers and industry heads are gathering at the Institute for Culture and Society (ICS) this week for an international conference to investigate traditionally 'economic' issues by placing them in a broader social context.

The Knowledge/Culture /Economy International Conference will take place at the University of Western Sydney's Parramatta campus on 3-5 November.

The conference will bring together theorists and practitioners from a wide range of backgrounds to assess the shifting roles of knowledge, culture and economy in contemporary and historical scenarios of globalisation.

Against the backdrop of some suggestions that the Powerhouse Museum' could move to Western Sydney and Premier Mike Baird's comments that too many of Sydney's cultural institutions are located in the city at the expense of the West, an invited external expert panel cultural will examine how to build local cultural infrastructure.

Chaired by Professor Deborah Stevenson from the UWS Institute of Culture and Society, the panel will take place on Monday November 3 at 4.30pm and features:

The conference will also hosts a wide range of national and international speakers to address traditionally 'economic' issues by putting them in broader social, cultural, institutional and historical contexts, including: