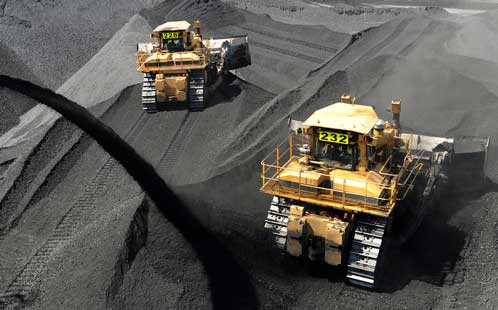 What happens to democracy when the fossil fuel industry collides with global warming?

In Fossil Fuels, Global Warming and Democracy, Dr Taft situates his examination of Alberta as a 'petroleum economy' within a broader theory of petrostates. Taft argues that in this new kind of petrostate, democracy is caught between the need to respond to global warming and the demands of the fossil fuel industry.

So can democracy as we know it survive global warming?

"The fossil fuel industry will defend its interests not just by engaging in democratic debate on the issues, but by working to get control of the democratic institutions that have the authority to require greenhouse gas emissions to be reduced," writes Dr Taft.

Dr Taft represented the Liberal Party in the Alberta legislation for eleven years (2001-2012) with four as Opposition Leader. He makes the point that during Alberta's 2008 general election all major parties called for royalty increases and stricter environmental controls, which had broad public support.

"For the first time in many years, petroleum industry leaders felt alienated from Alberta's politics," he writes.

Dr Taft documents the industry's response, as it launched a seemingly successful campaign to capture the political process and to exert its influence upon the major institutions of government in the province.

"Political parties, regulators and the civil service are the bulwarks of democracy, and as their integrity is yielded to the fossil fuel industry, democracy suffers. The referee, as it were, takes the side of one of the players, corrupting the entire competition," he writes.

Dr Taft's paper reads as a cautionary tale for Australia, where he spent a short time as a visitor to the Whitlam Institute earlier this year.

He suggests Alberta, like Australia and Norway, has found an equilibrium in the relationship between the state as mineral owner and the interests that develop those minerals. However he says global warming is upsetting the equilibrium, and democracy is in peril.

"The impression I have as an outsider is that Australians have much to be concerned with, and would be unwise to assume their democratic institutions are immune, as many of these changes occur quietly, below public notice," writes Dr Taft.

"Neither democracy nor a healthy environment will prevail without a tough, smart, and prolonged effort. In both Canada and Australia that effort will need to be driven not by elites, but by the mass of citizens who demand a better future than the bleak and smouldering one that science currently says is on offer."

The essay 'Fossil Fuels, Global Warming and Democracy' is the latest to be published in the "Perspectives" series. The Whitlam Institute's "Perspectives" essay series is designed to encourage creative thinking and occasionally new ways of looking at the challenges of the 21st Century in the hope that the enthusiasm and insights of these authors sparks further thought and debate among policy makers and the wider community.