On September 24, 2013, The Governor-General, the Honourable Quentin Bryce AC, officially re opened the historic Female Orphan School building located at the University of Western Sydney's Parramatta campus after the third and final stage of its restoration. The event took place 200 years to the day since the building's foundation stone was laid by Governor Lachlan Macquarie.

Now, the painstaking restoration process which required immense care and skill to conserve its heritage elements while adding state-of-the art exhibition, education and storage spaces, has been recognised by the Australian Institute of Architects (opens in a new window).

It is one of 91 projects shortlisted for this year's NSW Architecture Awards. The shortlist comes from a field of 200 entries across various categories. The Female Orphan School restoration is included in the Heritage (Conservation) category along with three other nominations.

The final stage of the restoration, funded by the Federal Government's $7 million grant (2012), has allowed UWS to return this hidden national treasure back to the community while adding new education spaces, galleries and exhibition areas.

The Female Orphan School also became the permanent home for the Whitlam Institute and the Whitlam Prime Ministerial Library – a collection that spans thousands of papers, books, letters and other important items belonging to former Prime Minister Gough Whitlam.

The architect who oversaw the restoration Megan Jones, Practice Director at Tanner Kibble Denton Architects, spoke about the historical importance of undertaking such a project.

"This work has revitalised one of the most important surviving buildings from the earliest period of European settlement in Australia and has ensured that this exquisite building can be enjoyed and appreciated for years to come," she says.

The 2014 NSW Architecture Awards will be announced on Thursday, June 26 at the heritage Dolton House venue at Jones Bay Wharf. Tickets for the presentation are on sale and can be purchased online (opens in a new window).

More information about the Female Orphan School Restoration can be found online (opens in a new window).

The Female Orphan School and Margaret Whitlam Galleries are open on Thursdays and Fridays from 10am – 4pm. Admission is free.

Also nominated for the NSW Architecture Awards, in the Urban Design category, is The Boilerhouse at the UWS Parramatta campus, also by Tanner Kibble Denton Architects. 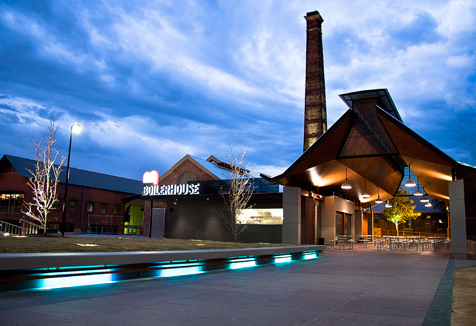 You can read more about The Boilerhouse at the UWS News Centre.