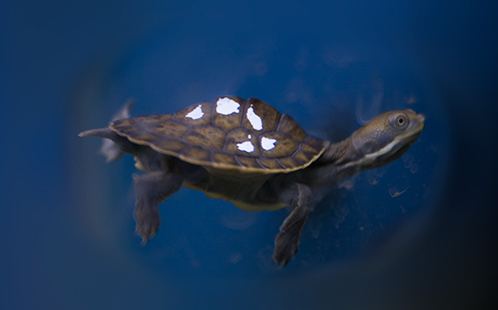 Saving the turtles in the nation's biggest river, the Murray-Darling, requires a big effort - one that crosses the boundaries of universities and industry and scientists and citizens.

"Turtles play an essential role in the Murray and other river systems eating algae, dead material and keeping feral carp in check. They help to maintain the clean water that other animals, including humans, need to survive," says Dr Spencer, from the UWS School of Science and Health.

"A collapse in turtle numbers in any river would be a problem but in the 2,508km Murray River it could devastate the natural landscape and the economy of a vast area of South Eastern Australia."

A recently announced $435,000 ARC Linkage grant will support the new project to identify and quantify the causes of falling turtle numbers along the whole river system. The results will be used to develop practical management options to halt the decline.

Dr Spencer says the unique collaborative approach to save the Murray River turtles is necessary because of the shear scale of the River, the complexity of the ecosystem and the variety of potential threats to turtles.

This will be the first river-wide study of turtles, achieved by combining cutting-edge genetic and ecological techniques with a citizen science program.

Dr Spencer is calling on communities along the Murray to join the study.

"No one knows the Murray better than the people in the river townships. Their local knowledge will be invaluable to the project. It's envisaged people will be able to join locally managed field expeditions to gather crucial information on turtle numbers, their breeding and behaviour."

The Murray River project is another example of the growing importance of citizen science in turtle research.

Earlier this year Dr Spencer launched the TurtleSAT app, which gives everyone with a smart phone or tablet the ability to contribute to turtle research. The simple app allows users to log turtle sightings anywhere in Australia. Researchers are using the data, including GPS locations, to build a complete picture of freshwater turtles in Australia.