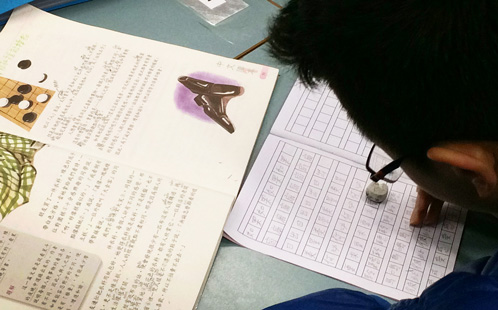 The Lab is the first joint venture of its kind and will take advantage of UWS's longstanding research into bilingualism as well as its vast network of migrant community partnerships to investigate how people learn English, Chinese and other languages.

By applying a scientific approach to examine the lived experiences of thousands of bilingual Australians, researchers will develop new techniques for teachers, parents and children to promote global citizenship.

To expand the research profile and teaching expertise of the Lab, Jinan University in Guangzhou will send academics, educators and students to work with their UWS counterparts in Australia.

The UWS Head of the China Liaison Unit and co-founder of the Lab, based at UWS Bankstown campus, Dr Ruying Qi, says the initial focus will be the study of Chinese and English before expanding to include other languages.

"Australia has a proud history of migrants raising their children bilingually, and we need to draw on the lessons they have learned if we want to give all Australians the benefit of speaking more than one language," says Dr Qi, author of Bilingual Acquisition of English and Mandarin: Chinese Children in Australia and two time winner of the Australian national teaching citation awards.

"The Bilingualism Research Lab will work with multicultural communities in Western Sydney to learn more about inter-generational migrant families, how they promote their languages, and the techniques they use to engender a passion in their children for their linguistic heritage."

"We will then use this knowledge to develop new strategies for teachers and students to give all Australians the generous and global mindset provided by the knowledge of multiple languages."

Professor Hutchings says the University of Western Sydney is in a unique position to take the Australian lead in researching bilingualism.

"Greater Western Sydney is one of the most culturally and linguistically diverse populations in the world, and UWS can take advantage of our existing community and business partnerships, as well as our relationship to Jinan University, to drive this new initiative," says Professor Hutchings.

"Approximately one third of UWS students speak a second language, and we see this as a significant advantage as we strive to become a hub of language research and teaching in Australia."

The Bilingualism Research Lab was officially launched with the assistance of Professor Zhang Jun from Jinan University and ARC Laureate Fellow and Director of the ARC Centre of Excellence for the Dynamics of Language Distinguished Professor Nick Evans. The first initiative of the Bilingualism Research Lab saw researchers and teachers meet with bilingual community members and leaders at Cabramatta in Sydney's south west.