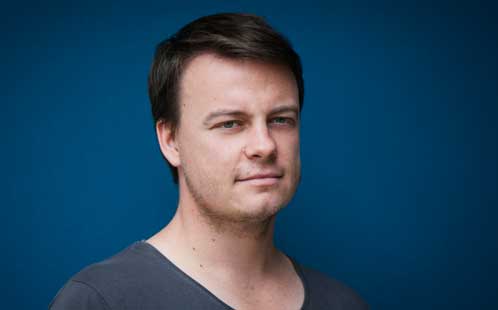 The pioneering literary work of two members of the Writing and Society Research Centre at the University of Western Sydney has been officially recognised.

Doctor of Creative Arts student Luke Carman was named as one of the Sydney Morning Herald's Best Young Australian Novelists for his debut novel An Elegant Young Man, published by Giramondo at UWS. The book has previously been shortlisted for the prestigious ALS Gold Medal.

The Best Young Australian Novelists Award was established to recognise fiction writers under the age of 35, with the aim of showcasing writers who have a clear, original voice and an urgent desire to tell a story.

The Sydney Morning Herald says An Elegant Young Man takes readers on a jaunty walk through the streets of western Sydney, visiting the disparate tribes of a long- neglected outpost of Australian literature.

"This is great news for Luke, for the University, and for Western Sydney, which is the subject of his book," says Professor Ivor Indyk from the UWS Writing and Society Research Centre and Giramondo Publishing.

"An Elegant Young Man is already a cult classic – the award will make it better known across the country."

It comes after the former UWS PhD student James Ley was awarded the Pascall Prize for critical writing. Dr Ley is the editor of the Sydney Review of Books, which was established by the UWS Writing and Society Research Centre in response to the crisis in literary reviewing.

"James has a distinguished record as a reviewer for Australian newspapers and journals, and his PhD thesis was in the Centre on literary criticism in the public sphere."

The Pascall Prize is Australia's only major national prize awarded for critical writing, and is awarded to an Australian critic whose recent work has contributed significantly to public debate, appreciation  and understanding of a particular branch of the arts.