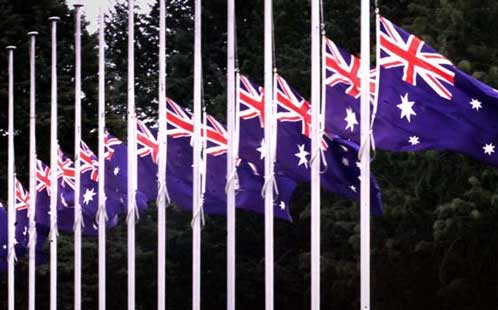 An international law expert from the University of Western Sydney says the legal challenges facing the Australian Federal Police mission to investigate the MH17 wreckage and retrieve bodies in Ukraine will become more complex if officers are caught in the crossfire.

Professor Freeland says although a United Nations Security Council resolution has demanded all military activities immediately cease in the area surrounding the crash site to allow for the international investigation, the reality appears to be very different.

"Even though the Resolution was adopted unanimously by the Security Council, which includes Russia, and is binding on all countries, its implementation is proving to be extremely difficult," says Professor Freeland.

"It would be unrealistic to expect the AFP investigators and their Dutch counterparts to be able to properly perform their work under the spectre of artillery and heavy fighting. Moreover, their position would become even more complex if the investigators were injured in the crossfire between the opposing forces."

Professor Freeland says if the investigators were injured, there could be further claims and counter-claims and even attempts to destroy vital evidence.

"Sadly, it seems the crash site remains very much a war zone, and it is not always an easy task to hold individuals to account for acts of violence that occur in the fog of war. And, of course, it is impossible to speculate exactly what practical options would be open to Australia if a member of the AFP was injured or worse," he says.

"In these circumstances, we cannot be certain if and when the Dutch-Australian led mission will be able to comprehensively undertake its investigation on the ground. Every delay further compromises the mission, and the situation at present is completely unsatisfactory."

Regarding the cause of the plane crash, Professor Freeland believes there might be some scope for the International Criminal Court to intervene, although this will depend on decisions made by the current Government in Ukraine.

"As mentioned overnight by the UN High Commissioner for Human Rights, there is certainly an argument to suggest a missile attack on a civilian plane may, after due investigation, be found to constitute a war crime," says Professor Freeland.

"Whilst the International Criminal Court does not currently have jurisdiction over this specific incident, there is scope for Ukraine to approach the Court and seek its assistance. Ukraine called in the ICC to investigate alleged crimes committed when the previous pro-Russian Government was still in power, and the present Government might seek to extend that initial request to also cover the MH17 attack."

"Naturally, this is a matter for Ukraine, but one could imagine this option remains on the table."