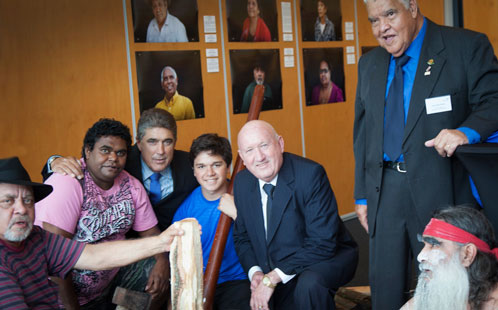 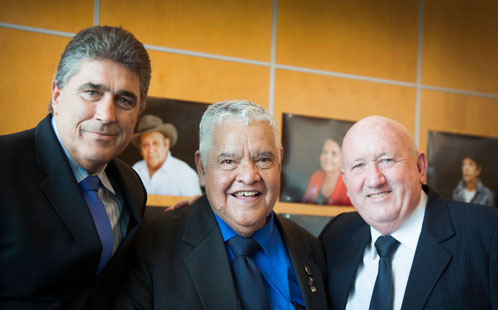 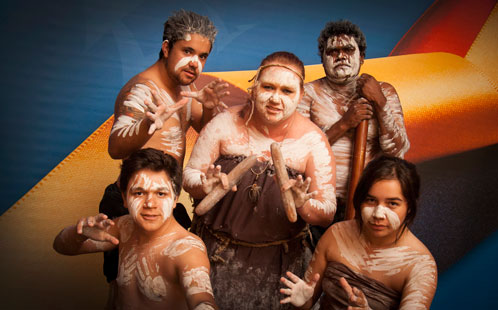 The University of Western Sydney's Parramatta campus was the setting for the 2014 Yarramundi Lecture which took place Thursday, December 4 at the Ian and Nancy Turbott Auditorium.

The Yarramundi Lecture, which first began in 1997, is a community event where prominent Aboriginal and Torres Strait Islander representatives are invited to share their thoughts on issues of local and national importance. Since its inception, the event has been considered an important opportunity for the University community and the communities of Greater Western Sydney to embrace the unique history of Australia's Aboriginal and Torres Strait Islander peoples.

The theme for the 2014 lecture was Generations of Knowledge following this year's NAIDOC theme which was Serving Country: Centenary and Beyond honouring all Aboriginal and Torres Strait Islander men and women who fought in defence of our country – from those who served in the Frontiers Wars to those who served with honour and pride in Australia's military conflicts across the globe.

Along with UWS Vice-Chancellor, Professor Barney Glover, speakers at the event included Darug Elder Aunty Sandra Lee who gave the Welcome to Country. Professor Lisa Jackson Pulver AM then spoke about The Art of Remembering – celebrating the culture, presence and contributions of Aboriginal and Torres Strait Islander people to UWS and its regions as illuminated in the Generations of Knowledge book.

Ngambri-Ngunnawl Elder Aunty Matilda House, who gave the Welcome to Country prior to the 2008 National Apology, spoke on Reflections of the 2008 Apology: A National Turning Point.

Elders on Campus Aunty Mae Robinson spoke on Trail Blazer – Reclaiming Our History, while The Bugle Call was the title of Uncle Harry Allie's presentation.

As well as art and documentary photography exhibitions, the event also saw the launch of the special limited edition commemorative book, Generations of Knowledge and the Generations of Knowledge e-book, featuring images and knowledge from Aboriginal and Torres Strait Islander Elders. The book is part of a wider UWS research project entitled Generations of Knowledge: Dreaming the Greater West: Lives and Contributions from Australia's First People to its most vibrant centre of growth. The aim of the project is to highlight the impact that the Aboriginal and Torres Strait Islander community had on the development of Greater Western Sydney and UWS.

Those who attended the Yarramundi lecture also previewed another aspect of the project – a video presentation trailer for the Virtual World Exploration-Pre Contact project which re-creates what life was like for pre contact.

In officially launching Generations of Knowledge, Professor Glover says this is just the first stage of capturing and preserving stories that could otherwise be lost forever.

"Most importantly, the book captures how the irreplaceable contributions of Elders on Campus, Aboriginal and Torres Strait Islander peoples and their communities – preceded the formal existence of UWS as an institution and helped forge an agenda that will ultimately contribute to closing the gap."

"I hope this book will contribute to overcoming systemic disadvantage and achieving true equality and reconciliation between all Australians."