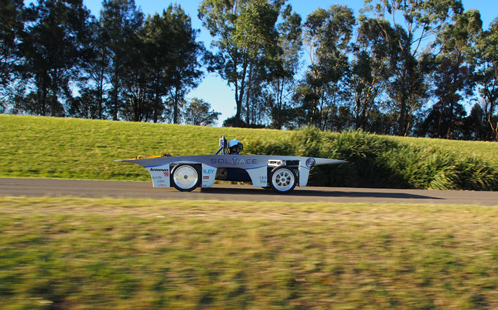 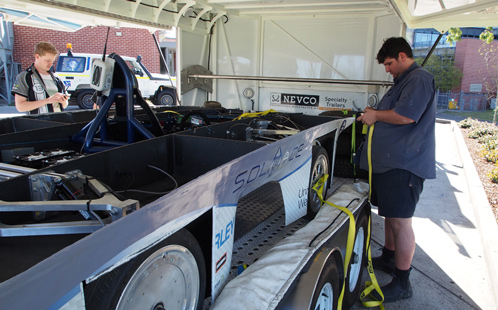 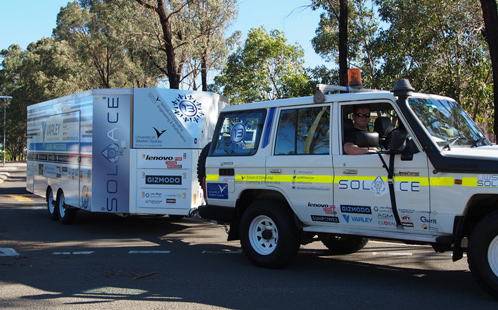 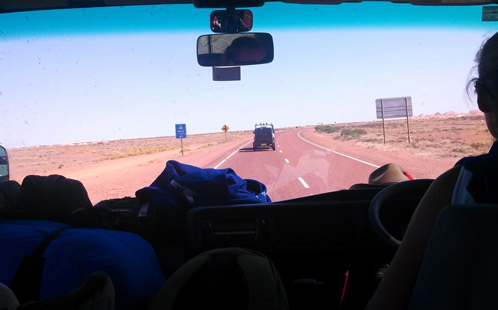 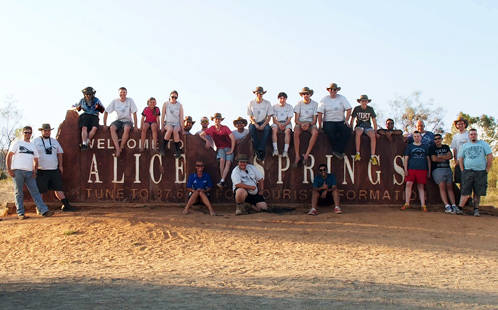 The University of Western Sydney Solar Car Team are wrapping up their preparations in Darwin and are headed to the starting line of the 2013 Bridgestone World Solar Challenge(opens in a new window).

The Challenge will begin on Sunday morning with 42 teams from around the world setting off on the 3,000km journey from Darwin to Adelaide along the Stuart Highway.

The UWS Solar Car Team is one of only two Australian university teams entered and will be competing in the challenge class.

“The challenge class is where speed, aerodynamics and efficiency are of the essence,” says Jay Manley, UWS Solar Car Team Lead.

“We will be competing against teams which have a budget of at least three times ours as we race south but we’re feeling confident in our design, our technology and our drivers – hopefully we can cross that finish line first!”

The Team left their lab on the Kingswood campus of UWS bright and early on 21 September, heading to Port Augusta and completing the track in reverse.

“Our trip up was the perfect opportunity for us to check out the track and the conditions, and also get accustomed to our support vehicles and camping equipment – it’s important for the Team to be completely comfortable with all of this before setting off on the race,” says Jay.

Since arriving in Darwin the Team has been busy fine-tuning their vehicle ‘SolAce’ and putting it through its paces at the Hidden Valley Raceway.

“We’re really happy with how SolAce went out on the track. Now we just want to start the Challenge and show the world what UWS has got,” says Jay.

The Team will have four days to complete the Challenge, racing only until 5.00pm each afternoon at which point they must pull over and camp for the night. After crossing the finish line in Port Augusta they will proceed to Adelaide and participate in four days of festivities with other teams. They are due to return to their home at the School of Computing, Engineering and Mathematics on the Kingswood campus on Tuesday 15 October.

To stay up-to-date with their progress visit the UWS Solar Car Facebook page(opens in a new window).