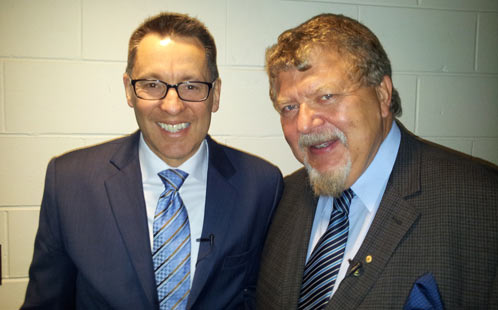 The Shadow Minister for Universities and Research, Senator Brett Mason, has addressed a special University of Western Sydney Open Forum to discuss the past, present and future relationships between the Coalition and universities.

The UWS Open Forum: Liberal Government, Liberal Education was held at the UWS Parramatta campus on July 25 at 6pm.

The Director of Equity at UWS and former Human Rights Commissioner, Dr Sev Ozdowski, acted as MC for the evening.

“In the context of the upcoming Federal election it’s crucial that all voters understand the ideas and policies of all sides of politics before they cast their ballot,” says Dr Ozdowski.

“We were delighted to be able to hear firsthand from the Opposition spokesman as to the coalition’s approach to higher education.”

First elected to the federal Parliament in 1998, Senator Mason served on John Howard’s front bench as Tony Abbott’s Parliamentary Secretary in the Health and Ageing portfolio during the final year of the Howard Government.

Since then he has been appointed to various positions within the Education Shadow Portfolio with responsibility for education, universities, research, science and innovation.

Before entering Parliament, Senator Mason lectured in criminology at QUT and served as a Commonwealth Prosecutor.