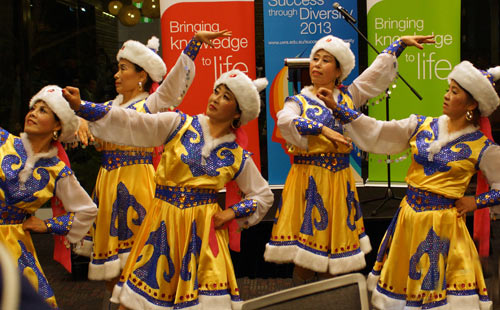 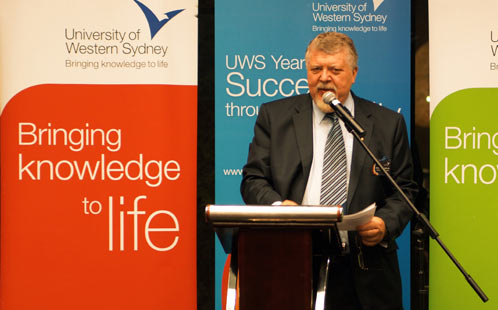 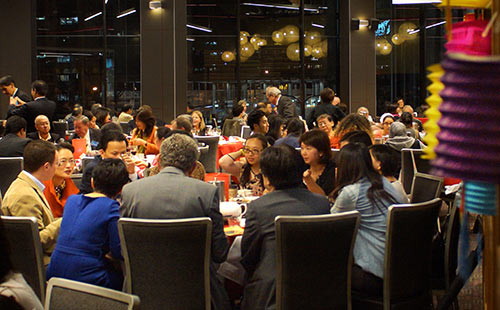 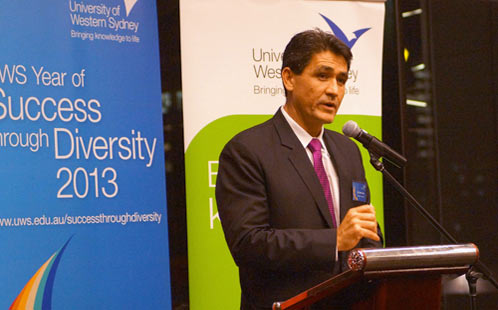 Hundreds of members of the Chinese community have gathered in Parramatta for a special dinner organised by the University of Western Sydney to celebrate the immense contribution they make to student and academic life.

Staff and students from a Chinese background make up the third largest group of students at UWS, and the University is honoured to be in a position to help the community gain the skills and knowledge they need to chase their dreams.

Organised by the UWS Office of Equity and Diversity, the dinner was a unique chance to honour the special relationship between the community and the University.

The crowd was also given a unique glimpse into some of the research projects the University is pursuing to increase our understanding of Chinese culture, including a study into the future of Chinatown by Distinguished Professor Ien Ang, and research on Chinese Medicine by Professor Alan Bensoussan.

Former Human Rights Commissioner and current Director of UWS Equity and Diversity, Dr Sev Ozdowski, told the dinner that Chinese students are crucial to the University of Western Sydney's success.

"The Chinese community are a vital part of the social fabric of our University, and we cherish the contribution they make here at UWS," Dr Ozdowski told the audience.

"As China continues its remarkable rise in the 'Asian Century', the University is in a great position to help their future leaders increase their understanding of Australia, and Greater Western Sydney in particular."

"This dinner is a small but important part in saying thanks to the Chinese community for making UWS what it is today."

The UWS Chinese Dinner was the second of a set of community events aimed at celebrating the largest culturally diverse communities of Greater Western Sydney, including the Chinese, Vietnamese and Indian communities.