UWS graduate finds his groove on The Voice 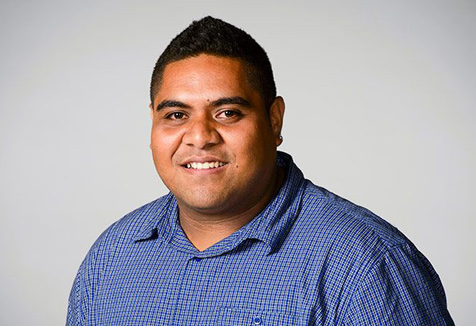 The University of Western Sydney's Bachelor of Music program is establishing a tradition as a training ground for talented singers on Channel Nine's hit show The Voice.

In the first season of The Voice in 2012, UWS staff and students recognised a familiar face when Viktoria Bolonina walked across the stage and won a place in Team Delta.

In the second season, the University is proud to be associated with another of the featured artists – Sione Felila, a UWS Bachelor of Music graduate who wowed Ricky Martin with his audition song 'You To Me Are Everything.'

Sione, who completed his UWS degree in 2009, is a talented musical all-rounder. In addition to singing in a reggae and soul band, he also plays guitar, drums, keyboard and trumpet and works as a church conductor.

Sione says he grew up in a musical family and spent most of his childhood singing in church. The 25-year-old resident of Raby in south-west Sydney is newly married with a newborn son.

As the 14th contestant to join Team Ricky, Sione progressed to the Battle Rounds of The Voice and sung 'People Get Ready' to a live studio audience, in an episode that aired on Channel Nine last night.

Sione's performance won the heart of Joel Madden who declared himself as "Team Sione" and impressed the other coaches with his vocal range; however, contestant Karen Andrews (Miss Murphy) was ultimately selected to progress to the Live Rounds of the competition.

In season one, Viktoria Bolonina won her Battle Round and performed in a Live Show. She also gained enough public support through audience votes to progress to the next stage, only to be eliminated in the Finals.

Sione and Viktoria are not the only UWS students to experience success on reality television. In 2012, Bachelor of Education (Primary) student Jo Hadjia auditioned for the Channel Seven musical talent program 'X-Factor' as a member of the band Good Question. Good Question progressed to the Home Visits in London before being eliminated from the program.

Also in 2013, recent Bachelor of Business and Commerce graduate Brendan Garlick will feature on the forthcoming Channel Nine program 'The Great Australian Bake-Off'.

The University congratulates Sione on his stellar performance on The Voice, and wishes him well in the next stage of his music career.