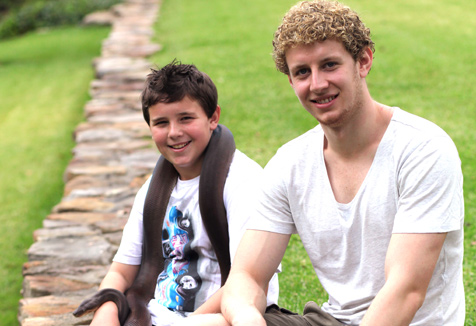 Academics and students from the University of Western Sydney feature in the new Enquiring Minds television series, which aims to ignite in primary school children a curiosity and deep passion for learning.

Enquiring Minds was developed by Television Sydney (TVS) for Bridges to Higher Education – a $21.2m Commonwealth Government initiative to improve the participation rates of students from disadvantaged communities in higher education.
Television Sydney (TVS) produced and filmed the eleven-episode series which will be broadcast from this month. Episodes can also be viewed online via a fully interactive website, complete with games for students and educational resources for teachers.
The series, which was officially launched last week at Villawood East Public School, encourages primary school students to think about where their passions and interests lie, and to consider exciting careers as real and achievable options in their futures.
Rachel Bentley, from the UWS School of Humanities and Communication Arts, is the Executive Producer of the program and CEO of TVS. She says the aim of Enquiring Minds is to encourage disadvantaged primary school children to dream big.
"Children always dream of what they want to do when they grow up, but the serious conversations around university study often don't occur until they become teenagers," says Ms Bentley.
"This TV series aims to start the conversations earlier. It helps children to understand the pathways to their future careers, and connects them with adults who pursued similar paths through study and research." 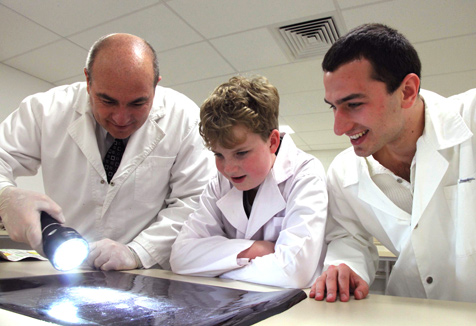 Throughout the series, 21 primary school students are matched with inspirational university students and professionals in their fields of interest.

The UWS staff and students featuring in the series include:
Enquiring Minds premieres on Television Sydney (TVS), digital 44, at 7.30pm on Tuesday, 26 March 2013. It will repeat at 5:30pm on Wednesdays, 12:30pm on Fridays and 10:30am on Sundays.
Ends

About Bridges to Higher Education
Bridges to Higher Education is a $21.2m initiative, funded by the Commonwealth Government's Higher Education Participation and Partnerships Program (HEPPP), to improve the participation rates of students from disadvantaged communities in higher education. Bridges is a partnership to create new aspiration- and attainment-building programs and build on existing programs targeting school-age children and their parents. This innovative project will work with primary and secondary schools and community partners in Greater Western Sydney to engage young people who previously might not have considered higher education as an option. More than 1.8 million people live in the region which has traditionally been under-represented in higher education participation rates.