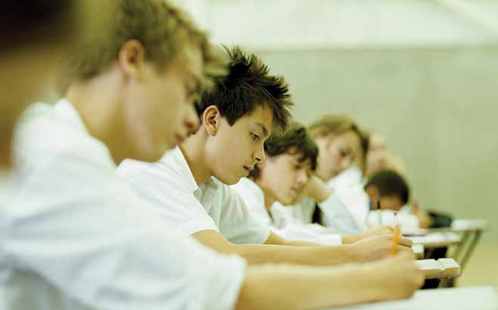 Attitudes about the impacts ‘high-stakes testing’ such as NAPLAN are perhaps more nuanced than first thought, a new survey of parents has found.

This survey of parents, commissioned by the Whitlam Institute(opens in a new window) within the University of Western Sydney and conducted by Newspoll in the period 24 May to 9 June this year, asked parents their perceptions of the impact of NAPLAN on their children. It is the latest in a series of reports from the Whitlam Institute on the impact of ‘high stakes’ testing.

In the study - The impacts of high stakes testing on schools, students and their families: Parental Attitudes and Perceptions Concerning NAPLAN - parents reported attitudes to NAPLAN such as:

This important piece of new research throws further light on both attitudes towards and the implications of NAPLAN on school students. The research to date in this project raises questions on several broader issues as to the direction being taken in Australian schooling.

The research follows the University of Melbourne’s Graduate School of Education’s major research study commissioned by the Whitlam Institute in 2012 which surveyed over 8,300 teachers from every state and territory. The 2012 report found that educators reported that NAPLAN is having a negative impact on student wellbeing. Almost ninety percent of teachers talked about students feeling stressed prior to NAPLAN testing, and significant numbers also reported students being sick, crying or having sleepless nights. 72% of teachers felt negative about NAPLAN.

Eric Sidoti, Director of the Whitlam Institute says the picture may be complex but it is gradually becoming clearer.

"We have been conscious that the introduction of national standardised testing in Australian schools in Years 3, 5, 7 and 9 in the form of NAPLAN is a significant educational reform," says Mr Sidoti.

“NAPLAN is having impacts in many ways on schools and teaching and as we have suggested previously it has become a high-stakes testing regime certainly to the extent that it is bearing a weight much greater than would or should be expected of what is said to be a simple tool for diagnostic purposes."

“Parents it would appear might be favourably inclined but not overwhelmingly so and not without a degree of concern."

A PDF copy of the report is available here(opens in a new window).

Previous research for this project is available from the Whitlam Institute website(opens in a new window).