'SolAce' revealed to the world 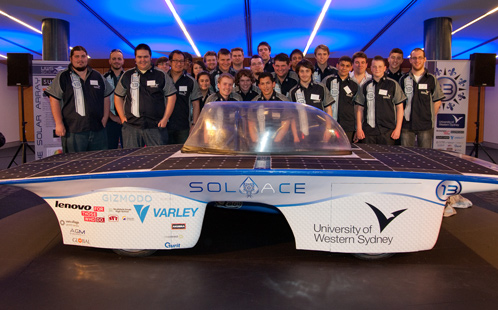 The University of Western Sydney Solar Car Team unveiled the fruits of their labour on Thursday 29 August in the form of the solar powered vehicle 'SolAce'.

The Team held a launch on the Parramatta campus to which team members, their families and friends, corporate sponsors, and members of the wider UWS community attended.

The Team have been working on the car since 2011 when the team was formed by Jay Manley, graduate of the Bachelor of Engineering (Robotics and Mechatronics).

"There was a real buzz amongst the team on Thursday night, it was great to finally be able to show our family, friends, sponsors and teachers what we've been working on for so long," says Jay.

'SolAce' was cloaked with mystery during an address by Professor Andrew Cheetham, Interim Deputy Vice-Chancellor (Research), and up until Jay and Professor Jonathan Tapson, Acting Dean of the School of Computing, Engineering and Mathematics, drew back the cloth and revealed the car to the gathered crowed. 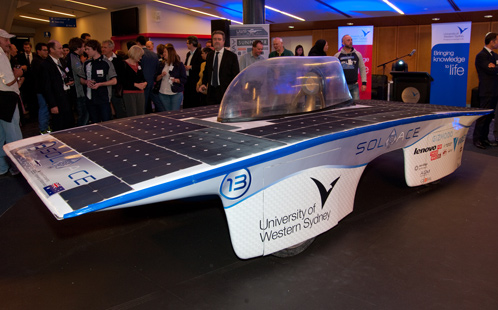 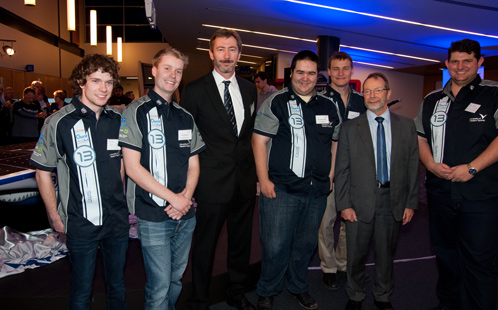 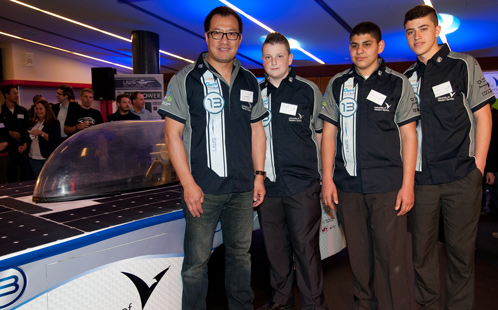 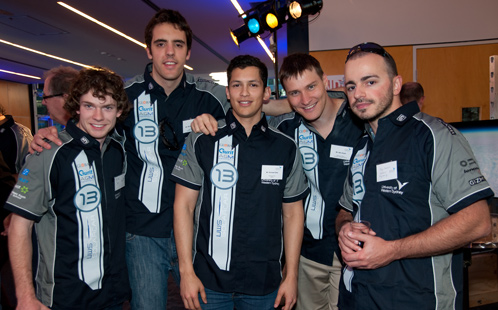 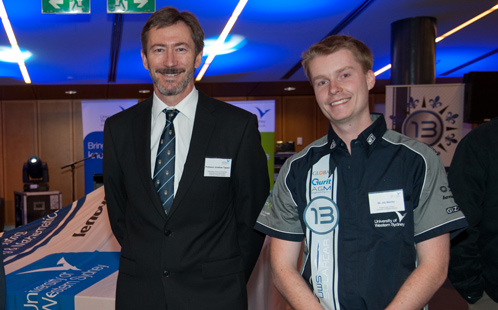 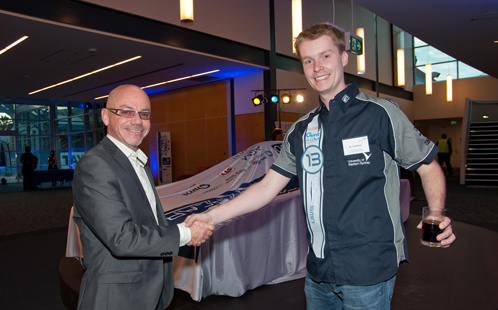 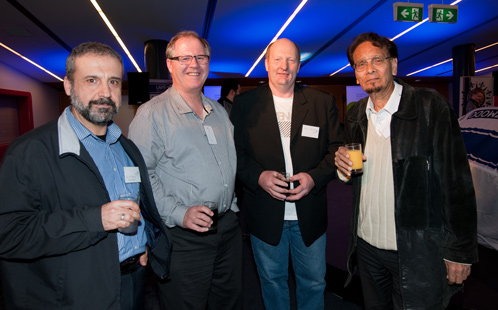 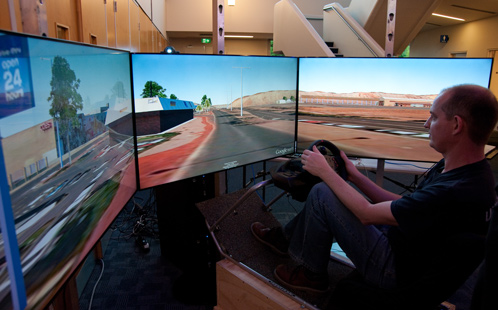 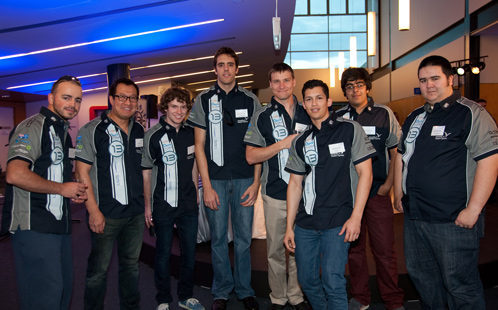 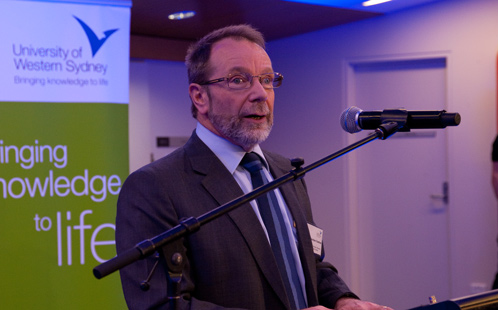 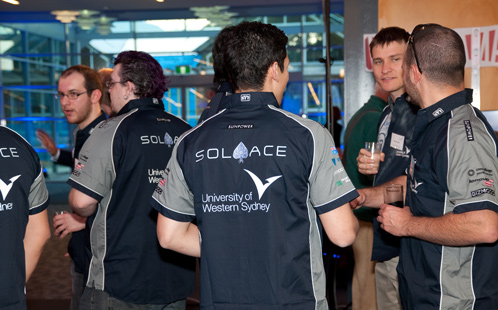 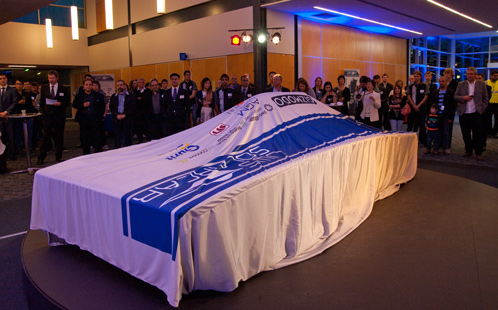 Click on the above image to see more from the UWS Solar Car Launch.

Professor Tapson then addressed the crowd, emphasising the trail-blazing nature of the Team and the important path they are paving for future student projects and research within the UWS School of Computing, Engineering and Mathematics.

The UWS Solar Car Team is scheduled to compete in the 2013 World Solar Challenge in October. The World Solar Challenge is a 3000km race from Darwin to Adelaide that attracts a mass of international entrants including Cambridge University and Michigan University. 2013 will be the first year UWS has entered, and it will be one of only four Australian teams out of a total of 42 teams hitting the Stuart Highway.

The UWS Solar Car Team is based within the School of Computing, Engineering and Mathematics on the Kingswood campus of UWS. In addition to UWS, the Team also receive support from: