Open inquiries into abuse crucial for victims and society 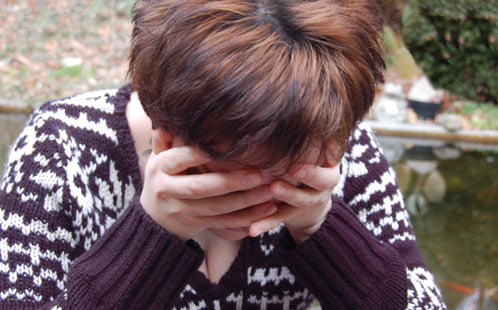 Australian sex abuse victims should resist pursuing adversarial legal battles against institutions and continue with the internationally proven and effective process of open inquiries, according to a leading European justice researcher visiting the University of Western Sydney.

"Formal inquiries such as this are important to give the victims a safe space to tell their stories to the public and the institutions that let them down," he says.

"It's crucial this process takes place outside of a formal court setting, because once individual victims hire lawyers to represent their interests in a judicial process the entire situation becomes totally different, resulting in much less personal involvement of the victim."

"Drawing from the experiences in Europe, once individual cases are brought before the courts the authorities at question will defend themselves to the very last, and in doing so will deny or minimise horrific events rather than providing closure to victims and society."

Following the official inquiry in Belgium, an Arbitration Commission was established to provide victims with counselling and mediation sessions involving church officials, and Professor Aertsen suggests that Australia could draw on this experience.

"After these inquiries people will still need a space to tell their stories," he says

"An official process such as in Belgium gives closure for the victims and helps authorities learn from the past and put in place the correct procedures and safeguards to ensure widespread abuses don't happen again," he says.

"Once this has happened you can then talk about providing financial compensation, but this should not be the primary aim, rather an agreed outcome between all parties as an adjunct to meeting the emotional needs of the victims and ensuring there are structural changes to the relevant authorities."

Professor Aertsen is in Australia to meet with other researchers and practitioners at the UWS Bankstown campus on the 1st of November for the 'Restorative Justice: Beyond the Mainstream' conference.

Restorative justice brings together the victims of crime with the perpetrator to try to find an agreed response to offences. Australia has increasingly adopted principles of restorative justice at different stages of the criminal justice system, for example at arrest, pre-sentencing, and prison release.

"We are delighted to be hosting Professor Aertsen at UWS," says Dr Kerry Clamp, from the UWS School of Social Sciences.

"He will be sharing with UWS insights on the projects that he is leading in Europe and seek ways to develop collaborative research projects relevant to both Europe and Australisia,"

"Restorative justice, in particular, has a long history in Australia and New Zealand and it is hoped our event and the other meetings we have arranged with criminal justice managers will help to revitalise and stimulate this practice in NSW."

"While restorative justice is often limited to dealing with minor offences, research has shown that such practice, when applied to very serious crime, can have a significant and long-lasting impact on both victims and offenders."

Presentations at the conference include:

Professor Ivo Aertsen, Director of the Leuven Institute of Criminology at the University of Leuven in Belgium, will discuss the utility of restorative practice for dealing with conflict that takes place in multi-cultural settings. His presentation draws on research that is currently being conducted across six countries in Europe.

Criminology Lecturer Dr Kerry Clamp from the UWS School of Social Sciences and Psychology, will detail the potentials and pitfalls of the application of restorative practices to international crimes i.e. genocide, crimes against humanity and war crimes.

Associate Professor Brian Stout from the UWS School of Social Sciences and Psychology, will draw on the example of the use of restorative justice as part of a programme of work with serious and persistent offenders in Northern Ireland to argue that it can, when used appropriately and discussed realistically, play an important role both in promoting desistance from offending and enabling ex-offenders to demonstrate their departure from previous offending behaviour.