Open Forum: The Media: A Man’s World and Why it Needs to Change 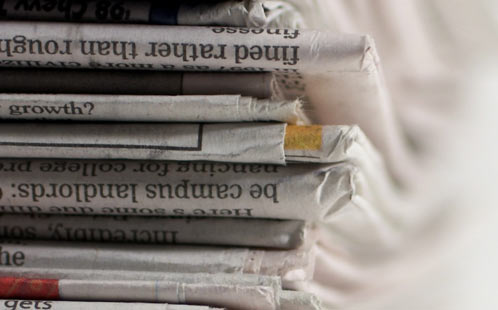 The stubbornly low number of women in senior editorial positions in the media, combined with the industry’s capacity to shape public opinion of female politicians, will be discussed at a special University of Western Sydney Open Forum.

Investigative journalist and social activist Wendy Bacon will join journalism lecturer and co-founder of ‘Destroy The Joint’ Jenna Price for the event at UWS Parramatta on Wednesday October 30 at 6pm.

Former Australian Human Rights Commissioner and Director of Equity and Diversity at UWS, Dr Sev Ozdowski, will be MC for the evening.

“The way female politicians are treated in the media has been under intense scrutiny following Julia Gillard’s elevation to Prime Minister,” says Dr Ozdowski.

“Recent research has found although women now make up more than half of Australia’s journalists, less than 8 per cent of them could be classified as senior managers.”

“It will be fascinating to hear from two of Australia’s foremost journalism experts about the current state of Australia’s media industry, and the changes they think need to be made.”

Wendy Bacon is a widely acclaimed investigative journalist, activist and media researcher at the University of Technology, Sydney. She is a recipient of Australian journalism’s highest prize, the Walkley Award, for her exposure of official corruption in New South Wales.

Jenna Price is a former reporter, feature writer and sections editor for the Sydney Morning Herald and Canberra Times. Now a lecturer and undergraduate coordinator of the Journalism major at UTS, she is also a co-founder and active member of Destroy the Joint, an Australian social media campaign against sexism and misogyny.