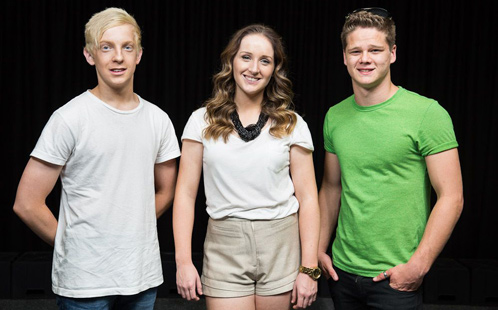 2013 marks the 30th Anniversary of the extraordinary Schools Spectacular. The 30th birthday celebration will take place at Sydney Entertainment Centre on Friday 29 and Saturday 30 November 2013.

This year University of Western Sydney (UWS) have awarded six Talent Development Scholarships valued at $1,500 each to six performers.  2013 marks the sixth year that major sponsor UWS have provided these awards to recognise the outstanding contribution that western Sydney's featured performers have made to the show and their school.

The talented recipients who each receive $1,500 are:

In addition UWS selected four students to act as video bloggers to capture all the behind the scenes action from the very first rehearsal to the final stunning arena performance.

The four lucky bloggers who each receive Sony Bloggie cameras are:

For more information visit the 2013 Schools Spectacular website(opens in a new window).