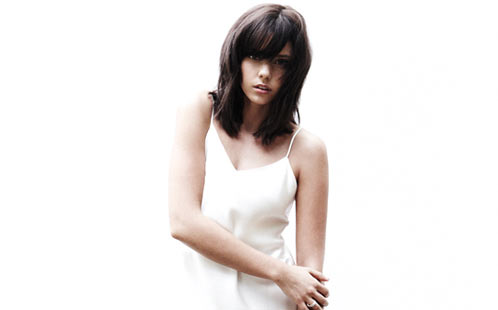 A completely unexpected opportunity has seen University of Western Sydney student Jade Collins swap legal textbooks for a whirlwind ride through the modelling world on the hit TV show Australia's Next Top Model.

After being urged to enter the reality television show by family and friends, Jade Collins says she had no professional modelling experience and felt slightly out of her depth when she went for her first audition.

But after blowing the judges away with her poise and natural talent, Jade has now moved past the preliminary elimination rounds to make it into the final 12.

"I really wasn't expecting much when I went for that first audition, so it's even more incredible to think how far I've come," says the third year International Studies and Law student.

"At first it was a bit intimidating for me to be surrounded by all the other models, who were so self-aware of their bodies and how to move in front of a camera."

"But since I made it through the first audition I have been surrounded by amazing people who have given me their insights into the fashion world and helped me become a better model."

Jade says she is learning to take the highs with the lows as she makes it to the final stages of the competition.

"We are always put in environments where we have amazing cultural experiences, I've met Buddhist monks in Thailand, which was amazing as I had just studied a Buddhism unit in international studies," she says.

"But there can also be moments which catch you completely off guard, such as when the judges asked the hairdresser to chop off my long hair for a fashion bob one week- luckily my hair grows quickly."

Jade says the sky's the limit, and of course she would relish the opportunity to become an international supermodel, but her education is keeping her feet firmly on the ground.

"I'm very passionate about helping underprivileged children around the world, and institutions like the United Nations is the perfect way to reach out and make a difference," she says.

To watch Jade as she takes part in the final elimination rounds of Australia's Next Top Model please visit the program's website.