Steers and students put to the test 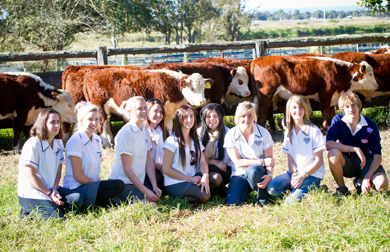 After successfully navigating the unique issues that come with raising a young steer in suburban Sydney, hundreds of high school students will gather at the Hawkesbury showground in Clarendon on August 11 for the major competition of the University of Western Sydney's UniSchools Steer Challenge.

More than a dozen schools from across Greater Western Sydney have been entrusted with a Poll Hereford steer for the past three months, giving them a firsthand insight into livestock production and what it takes to produce quality Australian beef.

This knowledge will be put to the test at the show as the students are judged in several categories, including Junior & Senior Steer Judging and Best Presented Steer, to determine the overall winner of the 2012 UniSchools Steer Challenge.

The teams will also be marked on their herdsman skills, with this aspect of the judging focusing on the student's knowledge and care of the animal, its stall environment and the associated parading, grooming and handling equipment. 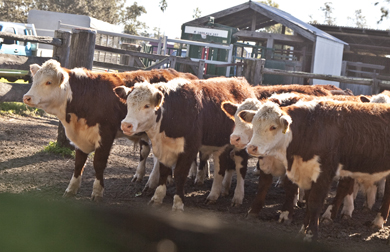 The organiser of the UniSchools Steer Challenge, Stephen Blunden, from the UWS School of Science and Health, says the students are making their final preparations for the big event.

"These steers have become part of the students' lives in the past three months, and it will be interesting to see how they have adjusted to their lives in 'school,'" says Mr Blunden.

Media are invited to the Clarendon Showground on August 11 for the competition. The final announcement of the winner of the UWS 2012 UniSchools Steer Challenge will be in September following the inclusion of the carcase results.