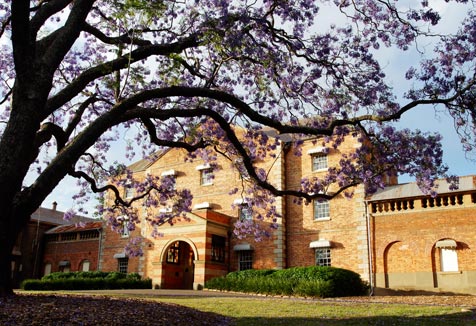 When the University of Western Sydney opens its doors to the community later in the month for Open Day, members of the public will be given a rare opportunity to view the nation’s oldest three-storey building, the Female Orphan School at the UWS Parramatta campus.

For one day only, the community will be invited to take a tour of the Female Orphan School, which dates back to 1813 and was constructed under Governor and Mrs Macquarie as a home for orphaned and destitute girls of the Colony of New South Wales.

The tour will highlight many of the historic aspects of the building, such as the paint layers which demarcate the varied uses of the building and the grand central paired staircase which was a design feature in the original Female Orphan School and has now been restored to its former glory.

Register online now and see the historic Female Orphan School in Parramatta before the next stage of restoration begins. Guided tours will be run exclusively at the University of Western Sydney’s Open Day, and will take place between 9:30am and 2:45pm.

Admission is free, but online registration is essential as places are limited.

Parking: On the day, parking will be available only at Rosehill Racecourse. There will be a free, regular shuttle service to take people from Rosehill to the campus and back and between Parramatta station and the campus.