Our Olympians: UWS has high hopes for its gold medal contenders 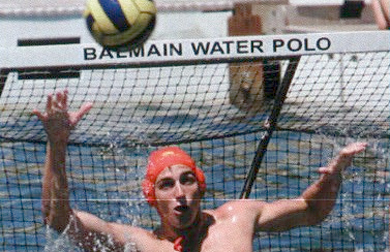 The University of Western Sydney’s hopes for Olympic glory will be pinned on four star athletes during the 2012 London Olympic Games.

James Clark, a 21-year-old Bachelor of Business and Commerce (Property) student at the UWS Parramatta campus, is making his Olympic debut as the Goalkeeper in the Australian men’s Water Polo team.

James joined the Senior International Water Polo team in 2012 and impressed the Olympic selectors with outstanding performances in the Water Polo Pan Pacs in Melbourne and the International Series in Sydney.

James’ impressive speed and agility in goals have also seen him win fourth at the 2011 junior world championships and place seventh at the FINA world league in Kazakhstan.

James, who is in the fourth year of his degree, is a member of the University’s Elite Athlete Support and Assistance (EASA) Program – an innovative Australian Sports Commission initiative that identifies elite athletes and helps them to balance their sporting and academic commitments. 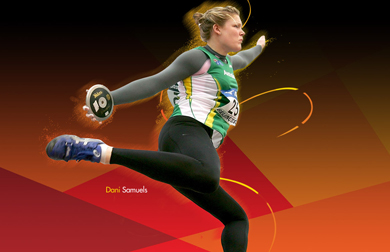 Also joining the Australian Olympic team in London is 24-year-old Dani Samuels – a former UWS Bachelor of Arts student who is a major gold medal contender in the women’s Discus Throw event.

London will be the second Olympic Games Dani Samuels, who also represented Australia at the 2008 Beijing Olympics. She has also previously won a bronze medal at the 2006 Commonwealth Games in Melbourne and, more recently, has placed 1st at the 2012 National Championships in Melbourne and 3rd at the 2012 Diamond League in Shanghai, China.

Another of Dani’s career highlights includes winning Australia's first gold medal at the athletics world championships in Berlin in 2009 – where she threw a personal best distance of 65.44m and became the youngest ever discus world champion.

Dani formerly studied at the UWS Bankstown campus and was a member of the EASA Program before putting her studies on hold to focus on her sporting career. 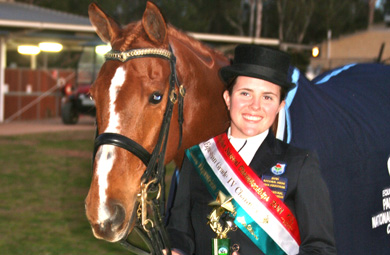 Flying the flag for UWS in the Paralympic Equestrian Team is 20-year-old Hannah Dodd – a Bachelor of Health Science (Sport and Exercise Science) student at the UWS Campbelltown campus, who is studying part-time while she follows her Olympic dream.

Hannah was the youngest ever winner of the Australian Champion in 2008, which she followed up with another win in 2011 and a runner-up title in 2009. Her other career highlights to date include winning the team test at both the Oceania Championships and National Titles in 2011.

Hannah has overcome many physical challenges in order to become one of Australia’s top Para-Equestrian Olympics contenders. Hannah was born with sacral agenesis, a rare degenerative disease which required most of her renal system to be reconstructed. At birth, Hannah’s right leg was 180 degrees to the rest of her body, with a shorter tibia bone and no calf muscle.

Hannah first rode a horse at the age of two and has been independently competing in adult competitions since the age of 12. In May 2012 she was nominated to join the Australian Paralympic Team and has been classified as a Grade 4 competitor – the lowest level of disability with the highest degree of difficulty in the tests. Another member of the Australian Paralympic Team is swimmer Michael Auprince, a 19-year-old Bachelor of Arts (Pathway to Teaching Primary) student at the UWS Bankstown campus.

Michael first competed for Australia in 2009 and his career highlights to date include making placing fifth in the final of the 100m backstroke at the 2010 IPC Swimming World Championships in the Netherlands and winning seven gold medals and one silver medal at the 2011 Underage National Championships.

Michael took up swimming as a form of therapy after he made the decision to have his left leg amputated at the age of ten. Michael was born without muscles in the left leg and spent the first ten years of his life wearing a supportive prosthesis.

In his first Paralympic Games at London 2012, Michael is likely to complete in a series of events including the 50m backstroke, 100m backstroke and the 200 metre individual medley. He will compete in the S9 category, for swimmers with a minimal disability.