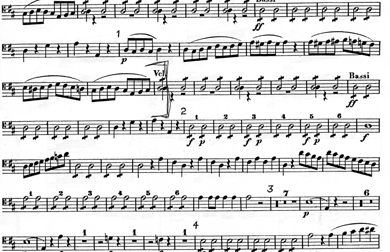 The traditional study of classical Western music draws heavily on a hierarchy to determine what is 'good'. In a typical music conservatory, classical music is elevated to the top of the tree, and by polarising musicians against each other we often miss the opportunity to discover music on its own terms, free from preconceptions.

A special Music and Philosophy symposium at the University of Western Sydney's Penrith campus on Friday, 3 August 2012 will tackle this issue by analysing music through a post-structural philosophical framework to better think about the different ways to experience music.

The symposium organiser, Dr Sally Macarthur, from the UWS School of Humanities and Communication Arts, says traditional music studies have mostly focused on the technical and structural aspects of music.

"Many studies on music resist the messy side of music, the way in which it makes bodies move and connects with our emotions," Dr Macarthur says.

"The Western tradition's fixation on the mechanics of compositions has locked it into a repetitive thought pattern, one which reserves too much credit for the thoughts of the composer as an all-seeing, all-knowing avatar who is the only avenue to properly discover the meaning of their music."

Dr Macarthur says the Western tradition's obsession with the composer can be seen in the critical reception of the female composer Anne Boyd.

"She is a classic example of what normally happens with a female composer, which is to say she's compared to her male counterparts and is often written off as second best," she says.

"But it's more enlightening to instead think of how her music opens up difference-in-itself. In other words, the question, 'what does Boyd's music do?' changes the whole emphasis of our research. Instead of having us think about the meaning of the music and being fixated on reducing the female composer to a negative image when compared with male composers, we begin to see a different side of Boyd, a composer whose music might be thought of as a music of a time to come, or as a becoming music. In keeping with the theme of the symposium, I am arguing that her music is understood as beyond past and present."

"This is our focus, to look at music and sound in general without reference to preconceived notions of genre and hierarchy, in order to better understand how it speaks to us."

The music theorist, Professor Judy Lochhead from Stony Brook University in New York, will open the symposium with a paper exploring how the work of the post-structuralist philosopher Gilles Deleuze offers a very rich language through which to think about music. She sees music as a different way of thinking about the world. Philosophy thinks about the world through the creation of concepts, and science through the creation of functions. Artistic thinking entails the creation of sensations. Professor Lochhead will offer a new kind of language for speaking about the experience of music as sensation. It's the sensation of the world that helps to understand the world.

Associate Professor Hainge, from the University of Queensland, is less concerned with music and more with noise. While noise is often perceived as a nuisance factor in our world, not everyone agrees on a definition for noise. We assume it's different from music and yet there is some music – like heavy metal played at a very high volume – that some people would say is just noise. Associate Professor Hainge will give us a new understanding of noise and, in so doing, a new understanding of music.

Ian Stevenson, from the University of Western Sydney, is also interested in noise, although he prefers to call it sound. His work explores different ways of listening to a kind of music that incorporates electronic and natural acoustic sounds known as acousmatic music. It has often been pigeon-holed as esoteric, but Ian suggests that this music has much more in common with other kinds of music than is generally thought.

WHAT: An Immanent Future? Music Beyond Past and Present
WHEN: Friday, 3 August 2012
WHERE: Performance Space, O.1.62A Kingswood, University of Western Sydney