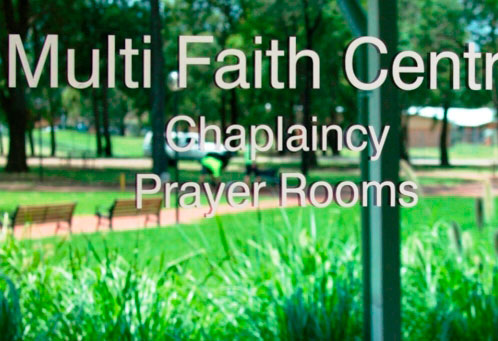 The leaders of Australian's Muslim communities must build on the unity they displayed in the aftermath of the recent Sydney protest and work cooperatively to address the socio-economic and cultural issues facing young Muslims, according to academics from the University of Western Sydney.

The Religion and Society Research Centre, based at the UWS Bankstown campus in the heart of Sydney's Muslim population, specialises in exploring religion and spirituality in the context of multicultural and multi-faith societies.

The Co-Director of the Centre, Associate Professor Adam Possamai, is currently investigating Sharia in the everyday lives of Muslim communities in Australia and America as part of an Australian Research Council Grant project.

He says it is important to recognise the significance of how the disparate Muslim reli-gious and community leaders in Sydney have come together to address the conflict, as well as the current social and cultural issues that have contributed to it.

"Muslim organisations in Sydney represent more than 70 different ethnic groups and have been active in the community for years, and the aftermath of the recent event has brought many of them together at a new level of joint cooperation," says Associate Professor Possamai.

"I am optimistic their separate yet concerted efforts in speaking to the Muslim and non-Muslim communities will help prevent the actions of a fringe group from undermining the social cohesion of a multicultural and multifaith Australia."

Dr Jan Ali conducted a study on social inclusion among Muslims which was funded by the Department of Immigration and Citizenship in the aftermath of the Cronulla riots, and his PhD thesis on Islamic Revivalism is a widely consulted work internationally.

Dr Ali says some Muslims, especially young men, are drawn to Muslim groups or movements because they provide a sense of belonging and brotherhood in a modern world characterised by social fragmentation.

"Many of the people at the protest in Sydney were young men who have misunderstood and misinterpreted Islam and simply don't have the religious wisdom and life experience to convey their position and represent their faith in a constructive fashion," he says.

"These young men, who often live with their parents and feel excluded from society, need to consult their religious leaders closely. It's heartening to see the Muslim leader-ship admit they need to work harder to engage young Muslims to help them overcome the alienation and disenfranchisement that often leads to 'social deviancy', as reflected in the protest."

Dr Ali says our Muslim leaders and Muslim community organisations need to use this opportunity to overcome the ethnic and ideological divides that mark much of their organisational structures, and to work together to address the broader issues facing not just Lebanese Muslims or Sri Lankan Muslims, but all young Muslims in Australia.

"In combination with this, our political leaders and key social institutions such as education and government must be considerate to Muslims by viewing and treating young Muslims born in Australia as Australians, and not as 'foreigners' or 'the other'" says Dr Ali.

Dr Selda Dagistanli is a lecturer in criminology, and is currently working with Associate Professor Possamai investigating Sharia law in Australia and the US.

"The measured public reaction to the protest in Sydney, indeed the goodwill shown to many Muslims after this event, demonstrates the wider community's growing knowledge of Islam," says Dr Dagistlani.

"People are also aware that entire Muslim communities have been substantially marginalised as a result of the actions of a few intransigent radicals. This public awareness could partly be attributed to the many years of activism, resistance and the alternative discourses offered by Muslims themselves, academics and informed media and political voices to the many years of Muslim demonization, particularly after Sept 11. In relation to this event specifically, this more accommodating spirit became apparent in the fact that more moderate Muslim voices were heard and engaged in the public dialogue that took place after the violent protests."

Research Officer Joshua Roose has completed a PhD entitled 'Contesting the Future: Muslim Men as Political Actors in the Context of Australian Multiculturalism'.

He says it's a positive sign that Australian political leaders, Muslim community repre-sentatives and the NSW police have worked together to point out that those involved represent a small minority, thereby avoiding a moral panic in the wider community.

"The balanced response across the political spectrum and in the media coverage reveals the institutional strengths of Australian multiculturalism, and shows the real progress we've made in the past decade," says Mr Roose.

"The vital work of multiculturalism now is to help our Australian Muslims build meaningful paths to upward social mobility for their children, to help accompany the progress made at the political level."

To interview academics from the University of Western Sydney's Religion and Society Research Centre please contact the UWS Media Unit.