More than a mine: Australia in the Asian century 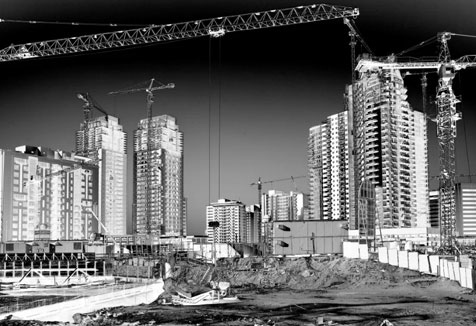 The Asian century represents one of the most important challenges over the coming decades as Australia is forced to shift its focus from the resources sector towards more sophisticated forms of sustainable engagement, according academics from the University of Western Sydney.

The federal government's released an Asian Century White Paper to deepen ties with other countries in the region through measures such as lifting Australia's GDP, bolstering its universities and encouraging the teaching of Asian languages in schools.

Dr Peter Mauch, from the UWS School of Humanities and Communication Arts, welcomes the White Paper as a step in the right direction. He began studying Japanese at the age of 11 and has since worked as an academic in Japan.

"There are far too many Australians today who claim some form of Asian expertise, but who have no ability in an Asian language," he says.

"If we as a nation hope to play a role in the Asian century, then we need people with the linguistic skills that will enable them to move comfortably in Asian societies."

"Some will argue that, because English is the international lingua fraca, Australians don't need an Asian language- this is hopelessly naïve and lazy."

Professor Edmund Fung says the goals and aspirations of the White Paper are laudable, the document does nothing to attempt to change the Eurocentric culture of the broad Australian population.

"Without a cultural change, few parents of European stock would encourage their sons and daughters to learn Asian languages in schools and about Asia at universities, and even if students do, many would take Asian Studies as electives just to meet their degree requirements," he says.

"Without a cultural change, Asian Studies will always play second fiddle to European Studies, for example, as demonstrated by enrolments in all History Departments at universities around Australia."

Professor Fung says the latest initiative of the Labor government is driven by economic considerations, but has shown little appreciation of the importance of the nations of Asian in their own rights.

"The stress on doing business with Asia is not accompanied by a message that Australians can learn much from the peoples of Asia, from their histories, cultures, philosophies and values," he says.

"The White Paper makes it perfectly clear that Australia's best friend and ally remains the United States, which is saying 'We belong to the Anglo-American world first, and engage with Asia second.'"

"We can only wait and see not only what the government will do next but how the community reacts to the rhetoric. Can we be confident about a cultural change in the community in the medium term?"

Dr Tim Winter, from the UWS Institute for Culture and Society, has studied developing countries in Asia, with projects currently being pursued in Sri Lanka, Cambodia, India, Malaysia and Thailand.

"The White Paper correctly identifies the massive growth in middle class consumption as a key factor shaping Asia's rise, and Australia is well positioned to benefit economically from this trend through tourism, manufacturing, education, and financial services," he says.

"But long term economic uncertainties point towards the need for much more sophisticated forms of engagement, on multiple fronts and with multiple countries, so it's encouraging to see the government making preparations to deepen our understanding of the region as a whole."

Dr Winter says despite the optimism, the rise of Asia will undoubtedly see an acceleration in highly complex problems.

"Beyond the media coverage of 'global cities' like Tokyo, Shanghai or Singapore, thousands of mid and small level cities are presented with the mounting pressures associated with ever rising populations and straining infrastructures," he says.

"Technological remedies will be of limited value, developing the cultural intelligence necessary for addressing environmental challenges or maintaining fair and cohesive societies is required urgently."

"If Australia is to contribute to such areas, significant investment needs to be made into the education infrastructure here and programmes of knowledge exchange that can inform policy across the region."