High school students exposed to science and maths at UWS 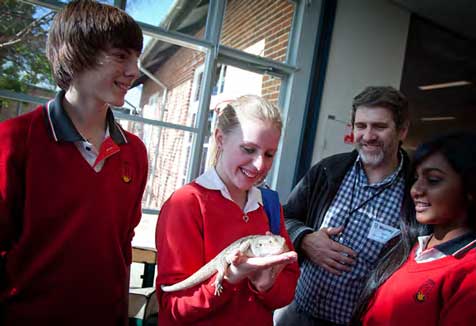 On Friday 3rd August 2012, more than 1,000 high school students from across Greater Western Sydney attended ‘Science and Maths Exposed’ – a day of interaction, learning and fun at the University of Western Sydney’s Parramatta campus.

Organised in partnership with Lachlan Macquarie College, ‘Science and Maths Exposed’ aims to support students in their education and expose them to new scientific experiences.

Dr Carmel Coady, senior lecturer in mathematics at the UWS School of Computing, Engineering and Mathematics (opens in a new window) and one of the academics who was present on the day, says that it is vital for students to participate in maths and learn about its place outside the classroom. 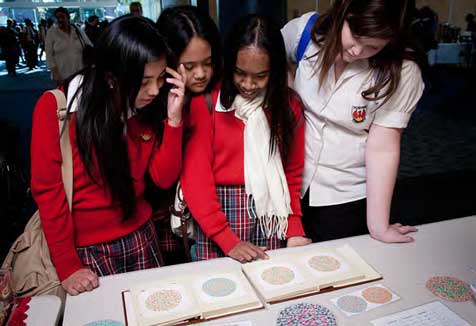 “Science and Maths Exposed is a great opportunity for students to get involved, have fun and see that science and maths can exist outside of textbooks,” says Dr Coady.

“Students can also speak with scientists and current university students to have all of their questions answered and learn about maths and science-based careers.”

‘Tall Poppies’ are UWS researchers who have been recognised by the Australian Institute of Policy and Science for making important scientific discoveries in the early stages of their careers.

The event also included a careers panel and a range of interactive stalls that featured guest appearances from representatives of the CSIRO and Arc Centre of Excellence for ALL-SKY Astro Physics (CAASTRO) and 18th century mathematicians Leonard Euler and Sophie Germain. 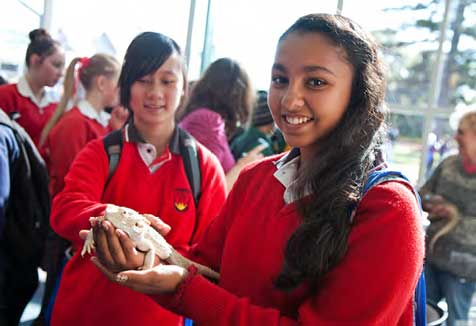