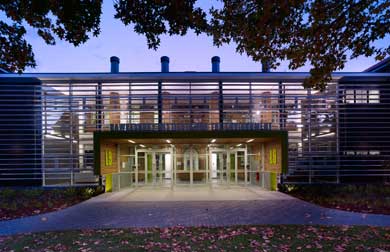 Nine storey cranes and 28 metre high ring structures in native bushland that can produce the elevated atmospheric carbon dioxide concentrations predicted for later this century are among the state-of-the-art research facilities to be officially opened today by Senator Chris Evans at the University of Western Sydney’s Hawkesbury Institute for the Environment.

The Federal Minister for Tertiary Education, Skills, Science and Research will tour the new Institute, which is one of the world’s most comprehensive climate change research facilities, and which fills an important niche in the Australian research landscape.

The Hawkesbury Institute for the Environment’s extensive facilities, in Richmond NSW, are dedicated to researching the impact of climate change on Australia’s precious land resources - native forest ecosystems, managed forests and agricultural lands.

The unique research facilities, which are among the largest and most complex in the world, allow scientists to create future climatic conditions, including elevated atmospheric carbon dioxide concentrations, higher temperatures and changed rainfall patterns.

The impact of the changes on the natural environment - from genes to entire terrestrial ecosystems - will be documented and used to help better predict the consequences of climate change and, importantly, provide insights on how humans can adapt. 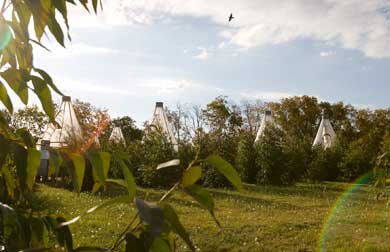 The Institute’s research facilities were developed as a result of a $40 million grant from the Australian Government as part of its Education Investment Fund, together with funding from the University of Western Sydney.

“If we are to adapt to climate change, we need to know how these extreme events affect our terrestrial ecosystems. With this knowledge, we can then manage for increased biodiversity, productivity, and carbon storage,” says Professor Reich, an internationally-acclaimed plant scientist.

“Our research can also inform policy makers who are fundamental in helping to solve the problem of climate change.”

“Not only can we do this from the gene to the ecosystem level, but using our unique suite of facilities we can study the interactions that occur between genes, microbes, organisms and ecosystems, rather than studying them in isolation,” says Professor Reich.

“Such integrated research will provide valuable insights into the function of ecosystems as they respond to global change,” he says. The Hawkesbury Institute for the Environment’s key facilities, all located within walking distance of the UWS Hawkesbury campus and Institute’s headquarters, include: