And justice for all in the courtroom 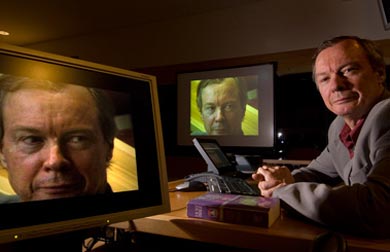 New research from the University of Western Sydney could radically alter Australian courtroom configurations which have remained largely unchanged for over a century.

The University's Justice Research Group has successfully secured an Australian Research Council Linkage Grant for $205,000 in the second round of funding for 2012.

The project, Just spaces: security without prejudice in the wireless courtroom, will compare how jurors respond to seeing defendants in a glass cage, in a traditional wooden dock, or at the Bar table. The research will also bring together court executives, architects, psychologists and researchers to investigate how courtroom design shapes attitudes.

Professor David Tait and Dr Meredith Rossner, from the UWS School of Humanities and Communication Arts, are both Chief Investigators on the project.

"The grant is a continuation of our program of research on processes, technologies and interactions in court," says Dr Rossner.

"The Justice Research Group at UWS has established itself as an international leader in interdisciplinary research on justice processes.  Working with criminologists, lawyers, psychologists and architects, we conduct high quality research that can inform the practice of justice."

Criminal defendants around the world are increasingly being placed in glass-framed docks, or even cages, in the courtroom.  Courts in Australia, Europe and the United States have found that the right to a fair trial can be jeopardised by this practice.

"New technologies such as videolinks, interactive visual displays, wireless microphones and hand-held devices are changing the face of justice in a way we have never seen before," says Dr Rossner.

"This is the right time for a fundamental re-thinking of courtroom configurations, with wireless courtrooms on the horizon – especially after successful implementation of such technologies in health care, education and leisure facilities."