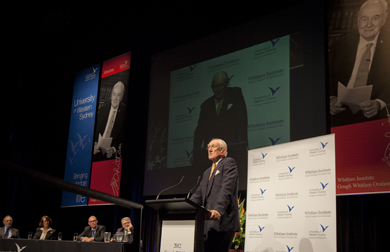 Former Prime Minister The Rt Hon Malcolm Fraser AC CH has delivered the 2012 Gough Whitlam Oration organised each year by the Whitlam Institute within the University of Western Sydney.

In a speech delivered to a large audience which included politicians from both sides of the House, Mr Fraser called for greater cooperation between political parties.

“Politics is a hard business. The opposition of one party to another can become toxic. We have had this demonstrated to us all too often in recent years. But it does not always have to be this way,” said Mr Fraser in the second annual Gough Whitlam Oration. 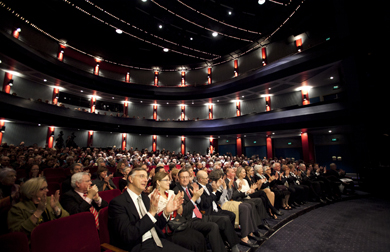 “By any standards Gough Whitlam is a formidable, political warrior. He has inspired an undying loyalty amongst his supporters. He is an historic figure who has made a significant impact on the life of Australia. He had grand ideas, many of which left their mark on Australia.  A number of which were embraced by the following government.”

In a video message, played just before Mr Fraser delivered his speech, Gough Whitlam acknowledged the significance of the occasion.

“We have long agreed to leave the events of 1975 to the verdict of history. In later years we made common cause on matters of importance for Australia’s future. Multicultural Australia exists because of the Whitlam Labor Government’s initiatives.  It will endure not least because of Malcolm Fraser’s endeavours.”

"Rarely in Australia's history have the public lives of two giants of the political stage been as intertwined as those of Gough Whitlam and Malcolm Fraser. Though potent political adversaries, they proved capable of acting in common on substantial matters of public policy; indeed, to such an extent that key elements of the Whitlam legislative program depended on Malcolm Fraser's support from Opposition and his commitment to promoting Gough Whitlam's unfinished legislative business when in Government. In no field was this more evident than in their shared commitment to human rights,” said Mr Sidoti. 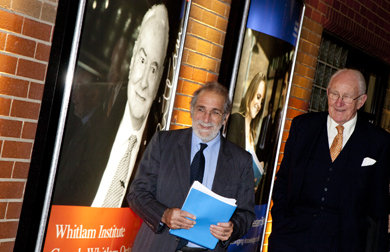 Eric Sidoti with Malcolm Fraser at the 2012 Gough Whitlam Oration

The conflicts of 1975 were intense, but Mr Fraser said, the passions have dissipated.

“I believe there are many Australians who welcome the fact that the two chief protagonists in the political battles of those times have established a good relationship, a friendship and respect for many of the things for which we both stand.

“I believe we have recognised that those policies and attitudes, on which we have, if not a common but a shared view, are more important than the issues that divided us.”

Mr Fraser’s wide ranging speech also covered issues of immigration and foreign affairs including the nation’s alliance with the United States and the relationship with China. 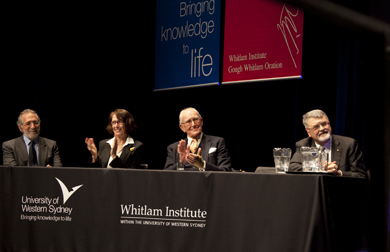 The 2012 Gough Whitlam Oration will be broadcast on TVS on Sunday 10 June at 6.30pm.  The program will be repeated on Monday 11 June at 12pm and also Thursday 14 June at 5pm.  Visit TVS for more details on how to tune in.