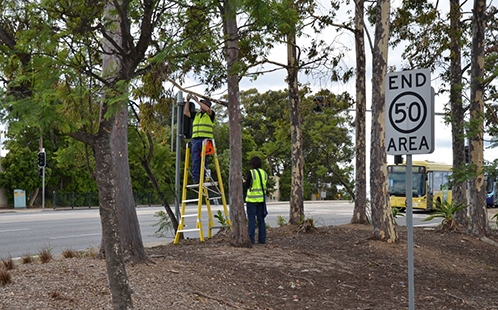 Researchers from Western Sydney University have found communities in western Sydney experience extreme heat more frequently than previously known according to the first documentation of temperature variation across the local government areas of Parramatta, Campbelltown and Cumberland.

Among the measurement locations in each council, temperatures differed up to 6°C, and during days of extreme heat, more than 10°C. For example, peak air temperature in Sydney Olympic Park was 32°C while it was 45°C in Toongabbie during a heatwave at the end of 2018.

“The significant temperature variations recorded suburb-to-suburb and even street-to-street across the three local government areas demonstrate the need to assess and combat extreme heat at a local level,” said Dr Pfautsch.

“The microclimate maps will help councils identify patterns of heat unique to their regions – knowledge that was previously unavailable. They will assist emergency services during heatwaves, contribute to community education, and inform future cooling strategies and development practices.”

The researchers also documented the effects of street and park trees on local microclimates, identifying species that were more or less useful to generate cooling. According to the findings, the most effective way to reduce local heat is to provide small trees with optimal growth conditions so they can develop a larger crown quickly.

“Local temperature is largely affected by the different thermal characteristics of the materials that make up the terrain – roads and buildings can lead to higher temperatures and trees and other green urban infrastructure can provide cooling,” said Dr Pfautsch.

“As climate change leads to more heat events and as development accelerates in western Sydney, we need to consider how much green infrastructure we can really afford to lose before we severely impact on liveability.”

“In particular, retaining and adding to green space in new developments should be a priority for planners and developers in western Sydney. Any large open space with trees, like a playground, public park or remnant woodland, should be cherished as a Cool Zone.”