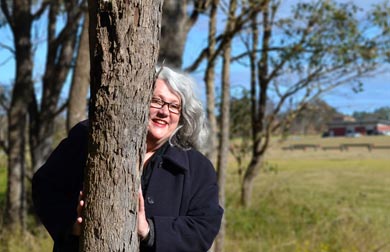 Enid Blyton's magical 'Faraway Tree' series inspired many Australian children to climb, swing and play around beautiful, towering trees. Unfortunately, a group of eucalyptus trees in Western Sydney is under threat and the magic could vanish from our hearts and minds.

In order to capture the community memories of these trees for generations to come, members of the community and their childhood stories of the Eucalyptus moluccana, also known as the Grey Box Gum, are being sought for a study.

Ms Anne Bradbury-Bowler, from the School of Social Science and Psychology, is completing an honours project on the displacement of these special trees in Western Sydney parks and gardens that are under attached from psyllids, which are tiny sap sucking insects that mostly attack native plants.

She first learned of the Grey Box Gum and the psyllids affecting it through studying spatial analysis taught by UWS Adjunct Fellow, Mr Peter Herborn.

"My initial outcome of the project was predominately for mapping but realising the poor condition of the trees and the undeniable loss of them in various locations throughout the Western Suburbs, I became more and more concerned," says Ms Bradbury-Bowler.

"As these trees will possibly become extinct, there is a quest for people to recall their emotional connection and engagement to this tree in the space of the garden, backyard or park through reminiscing on childhood garden adventures."

Ms Bradbury-Bowler originally carried out an investigation of the Grey Box Gums on the UWS Kingswood campus. She mapped the location of fifty trees using a state-of-the-art Global Navigation Satellite System (GNSS).

The GNSS allowed her to input all of the information on each of the fifty trees and the result produced a Google map of the location of the trees on the campus. 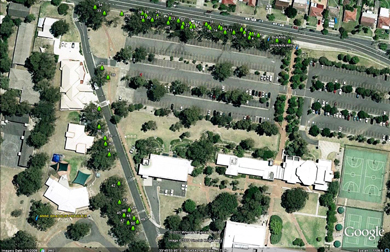 "Making the maps has made me aware of the importance of keeping data for future generations to enable them to clearly see what was or was not there before them," says Ms Bradbury-Bowler.

Ms Bradbury-Bowler is seeking residents of Western Sydney who are happy to share their fond memories and childhood adventures of the Grey Box Gum. Participants must have a tree dying in their backyard or live on the borderlines or outskirts of parklands with trees suffering from dieback to qualify.

The research will be an important community resource, and are a way of preserving memories of these trees for future generations to come.

This study has received ethical approval from the University of Western Sydney Human Ethics Research Committee. The approval number is H9655.