Western Sydney University is pleased to announce the winners of the 2021 Women of the West Awards.

Three inspirational women were recognised for their exceptional advocacy and community work at a special event today held in partnership with the Coleman Greig Women in Business Forum.

Professor Deborah Sweeney, Deputy Vice-Chancellor and Vice-President, Research, Enterprise and International, offered her congratulations to the winners and the nominees.

“This year’s Awards recognised a strong and dedicated group of women, who through their advocacy and leadership, are contributing to the communities of Greater Western Sydney,” said Professor Sweeney.

“Western Sydney University is proud to honour these women today. Their dedication and efforts are an inspiration to all of us.” 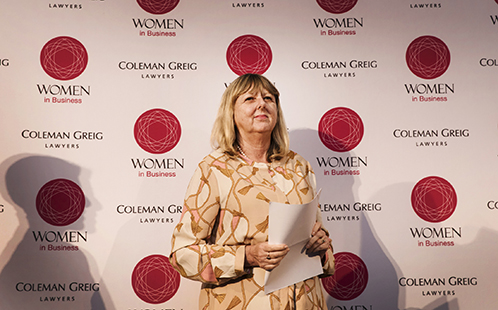 Woman of the West (Business), Julie Hughes, is a Founding Director of the Michael Hughes Foundation, a registered social enterprise focused on cardiac arrest. Her journey started after she was the first responder to her husband Michael who passed away in 2013. Julie was recognised for her leadership, advocacy and commitment to improving the community response to cardiac arrest across NSW.

In addition, Gina Field, who is the Founder and Managing Director of Nepean Regional Security, received a Highly Commended in the Woman of the West (Business) category for her work to increase female participation in underrepresented industries, including security. 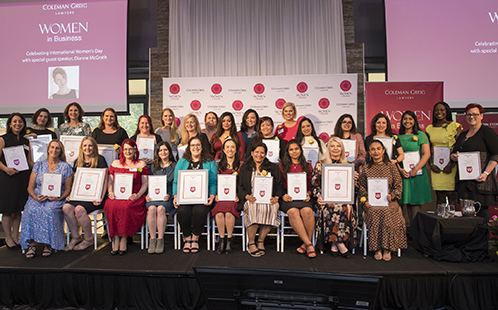 Winners and nominees of the 2021 Women of the West Awards

Jane Stratton, who is Woman of the West (Community), is the CEO and founder of the Think+DO Tank Foundation. Jane also established LOST IN BOOKS, a multilingual kid’s bookshop and creative community hub in Fairfield. With an accomplished background in law human rights and social policy, Jane was recognised for her social enterprise efforts, that follow her considerable work for the Public Interest Advocacy Centre, the Australian Human Rights Commission, and the United Nations High Commissioner for Refugees.

Kylie Pussell, was also recognised with a Highly Commended in the Woman of the West (Community) category for her not-for-profit and community roles, including her work as a passionate advocate for premature and sick children as CEO and Co-Founder of the Miracle Babies Foundation.

Young Woman of the West Natalie Wadwell, is a Community Engagement Officer in local government. She has a background in the arts and social entrepreneurship, and has participated in the International Visitors Leadership Program with the US Consulate. Natalie was recognised for her creative and dedicated approach to meaningful community engagement.

Sophie Wills, a paramedic with NSW Ambulance and a Western Sydney University graduate, was acknowledged with a Highly Commended in the Young Woman of the West category for her work as founder of the not-for-profit organisation, the Community Defib Project.

“It was an honour to be able to recognise the work that Western Sydney University is doing in the community through the Women of the West Awards. The winner’s speeches were inspiring to hear and on behalf of all the staff at Coleman Greig we congratulate them,” said Ms Hutchinson.