This cutting-edge technology, which will be deployed to the International Space Station in November 2021, and is also used in the University’s own Astrosite mobile space observatory,  will now be utilised for the first time underwater.

“Our event-based sensors do really well in extreme environments, we have demonstrated success with these sensors for space-related applications including Space Situational Awareness to track satellites, space junk, and other objects in orbit,” said Associate Professor Cohen.

“We are now expanding upon the capabilities of our event-based sensors, and further developing our technology for use underwater to solve real-world problems in challenging environments. It is the first time that these sensors have been used underwater, and we are very excited about the possibilities,” he said.

“Unlike conventional cameras, our sensors mimic biological processing systems like the brain and eye, and are extremely fast and data-efficient, only capturing detected changes to the environment,” said Dr Milde.

“Movement would normally blur conventional camera images, making them unclear, and restricting use to controlled environments. However, with our event-based cameras, waves and movement in the water enhances the imagery and helps the sensors to generate clearer images of changes in the environment.

“Our sensors can be used underwater to detect, track and monitor dynamic phenomena such as air bubbles and bioluminescence generated by submersible vehicles. The technology can also be used for environmental monitoring, distributed early warning systems, high speed object detection, marine pollution detection, and celestial navigation,” he said.

As a key member of the NSW Defence Innovation Network, and a partner with the Australian Defence Force, and the Defence Science & Technology Group, Western Sydney University is working closely with industry to utilise this world leading technology for both defence and commercial purposes.

“The University’s neuromorphic systems research capability continues to go from strength to strength, with our researchers discovering new, innovative ways to apply the technology and find solutions to some of our most important, real-world challenges. The University is proud of our International Centre for Neuromorphic Systems and its researchers, and we congratulate them on this latest grant success,” said Professor Sweeney.

The nine-month project, titled ‘Event-Based Sensing in the Underwater Environment’, will be led by Dr Moritz Milde and Associate Professor Greg Cohen from Western’s International Centre for Neuromorphic Systems, with an international team of researchers from the University of Queensland, University of Zurich, ETH Zurich, and The University of Illinois. 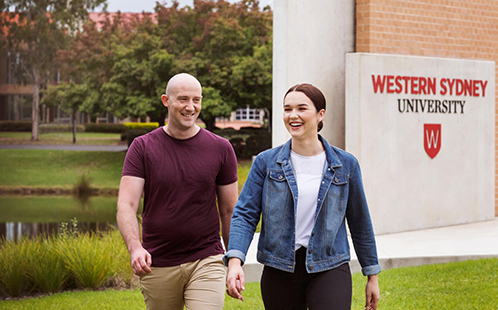