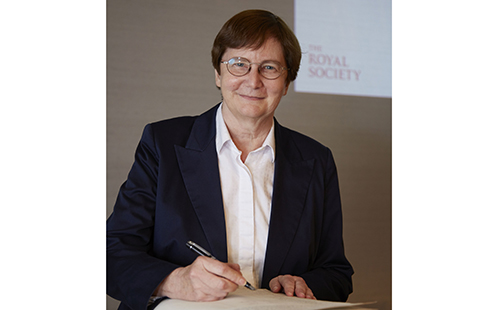 Distinguished Professor Cutler was a world-renowned pioneer, whose contributions advanced scientific understanding of spoken language processing, and shaped the field as it is known today. She was a prolific scholar whose work had global reach, and she devoted her life to the pursuit of scientific excellence, making vital contributions in research, theoretical engagement, and service to the field.

After a long and admirable career encompassing languages, psychology and psycholinguistics, Distinguished Professor Cutler joined the University in 2006 as a part-time Research Professor at the MARCS Auditory Laboratories, eventually taking up the role of Research Chair at the MARCS Institute for Brain, Behaviour and Development.

Distinguished Professor Cutler was instrumental in the MARCS Institute’s rise to the highest tier of excellence in psycholinguistics. She amplified its research and reputation by attracting, supervising, mentoring, and inspiring first class students, research fellows, and visiting scholars. She played a leading role in the ARC Centre of Excellence for the Dynamics of Language and numerous major research grants, theses and scholarly articles.

In 2018, Western Sydney University conferred the title ‘Distinguished Professor’ on Professor Cutler in recognition of her contribution to research, teaching, academic citizenship and international standing. Prior to this, she was elected to the Australian Academy of the Humanities (2008) and the Academy of the Social Sciences in Australia (2009). In 2000 she became a member of the Royal Academy of Sciences in the Netherlands, and in 2002 she was elected to the Netherland’s oldest learned society, the Holland Society of Sciences.

She was awarded the Silver Medal in Speech Communication by the Acoustical Society of America in 2020 for contributions to understanding speech recognition by native and non-native listeners, and leadership in speech science. In May 2022, Distinguished Professor Cutler was inducted into the British Academy, an honour she received in 2020.

Recognition by so many learned societies reflects the breadth of her research findings across numerous disciplines – linguistics, psycholinguistics, developmental psychology, physics, computer science, engineering and film.

There is no question that Distinguished Professor Cutler’s research significantly advanced our understanding of how listeners process speech. Not only did Distinguished Professor Cutler study and explain speech communication, she epitomised it. In preparing spoken addresses, she gave deep and careful thought to her audience which translated into spoken communication that was clear, clever, concise, and illuminating.

Distinguished Professor Cutler will be remembered by many students and colleagues around the world who she mentored throughout her career. She will continue to be celebrated for her research and teaching, as well as her unique, life-changing contributions to her field.

To learn more about Distinguished Professor Cutler’s extensive career and achievements, or to share your condolences, please visit the University website (opens in a new window).

Our thoughts are with Distinguished Professor Cutler’s family, colleagues and friends at this sad time.