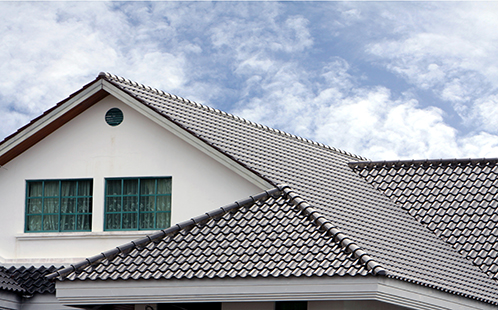 As city populations increase and summer temperatures rise, growing attention is being given to the topic of urban heat islands and what can be done to cool our cities. Urban heat islands are a particular problem at night when grey infrastructure such as roads, carparks, footpaths, roofs and buildings continue to radiate heat long after sunset. Rapid urban development combined with generally warmer summers in western Sydney means that communities in the west suffer more from urban heat island effects compared to those that live in the east.

Professor Chris Knapp, Chair of Architecture at Western Sydney University, says it is paramount that new construction in the west takes this issue seriously and local councils are proactive in supporting and developing sustainable design.

“If not for buildings and infrastructure, we would not have an urban heat island effect, but it is a consequence of how our societies are formed today,” he says.

Some of the most popular design trends are the very cause of urban heat increases, Professor Knapp says. He nominates Sydney’s worst urban design mistakes:

Professor Knapp advises that we need to design smarter buildings and public spaces that mitigate this issue. “Extreme urban heat has significant impacts on public health, energy consumption (through increased air-conditioning use), and has detrimental effects upon animal behaviour and global warming.”

“Although today even pre-school kids learn about sustainability, the new suburbs built across western Sydney are far removed from this concept. No outdoor shade, no cool-roof or cool-street technology, no smart stormwater management, long commutes to work, high degrees of isolation”, Dr Pfautsch lists.

He calls on councils, developers and researchers to join forces and develop demonstration sites “where the public can experience firsthand what sustainable urban design looks and feels like. We must start collecting the evidence that is necessary to drive change in standards, codes – and importantly public perception and demand.”

Dr Abby Mellick Lopes, Senior Lecturer in Design and lead of the Institute for Culture and Society’s Cooling the Commons project, says building and public space design is a crucial element in preparing cities for extreme heat events.

“It’s important that we look at new ways of designing material and social environments that create comfort, neighbourliness and affordability,” she says.

The research found that while people recalled memories of sitting in a river on hot days, plentiful shaded outdoor seating and drinking fountains, the reality is that these infrastructures that made public spaces more liveable in the past have declined, and many western Sydney residents now have little access to shade, outdoor shelter or public drinking water.

Dr Mellick Lopes recommends involving people in the design of the material and social environments in which they live.

“Cheap construction that relies on air-conditioning to the detriment of quality public space is untenable. Cooling is also a community issue,” she says. “We need social strategies for living well in a climate-changed future, such as promoting greater use of riverside parks and public spaces in the evening, as practiced in other hot environments in Asia and the Middle East.”

The current phase of this research is developing a pattern book that will guide better urban design in western Sydney in partnership with Landcom, UTS and QUT.