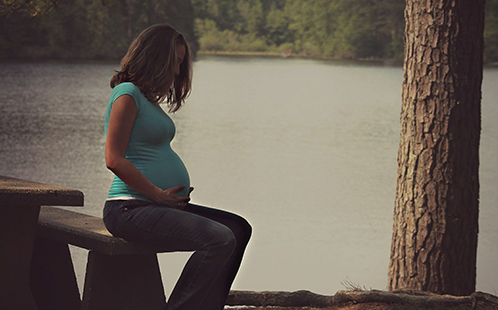 Many women believe that once they’ve had a caesarean, they are not able to give birth vaginally.

They may have been told that a previous caesarean adds ‘complications’ and makes labour ‘too risky,’ or that it’s ‘safer’ to have another caesarean.

A Western Sydney University study has found that it is possible for women to have a successful VBAC – and to feel safe, secure and supported in their birth choice – if they engage the services of a midwife.

Hazel Keedle, PhD Candidate and Lecturer from the University’s School of Nursing and Midwifery, is lead researcher on the ‘Women’s experiences of planning a vaginal birth after caesarean in different models of maternity care in Australia’ study.

490 women who planned to have a VBAC in Australia within the past five years were surveyed, and the results were recently published in BMC Pregnancy and Childbirth.(opens in a new window)

Ms Keedle said the study revealed the rates of VBAC in Australia are significantly influenced by the model of care that the women receive.

“In Australia, a majority of women receive standard antenatal care, provided by the public hospital system – in which they have standard, free appointments within the hospital setting, and see a range of health care professionals throughout their pregnancy,” said Ms Keedle.

“Other women are able to access a ‘continuity of care’ (CoC) model – where they see the same hospital midwife working in a midwifery group practice or a privately practicing midwife or obstetrician for their appointments, and elect to have this health care professional present at the birth of their child in either a public or private hospital, at a birthing centre, or at home.”

The study aimed to explore the differences in women’s experiences under these three common models of care in Australia: standard maternity care; CoC with a doctor; and CoC with a midwife.

The results indicate that women who accessed CoC with a midwife were:

Ms Keedle said the study revealed stark differences in the models of maternity care available in Australia – with women significantly more likely to report having a positive, affirming experience if they received CoC from a midwife.

“In the survey, women were asked about their ability to make decisions, and their feelings of control during their pregnancy and the birth of their babies,” said Ms Keedle.

“In comparison, women who received ‘fragmented care’ – often seeing multiple midwives and doctors throughout their pregnancy and not developing a relationship with their care provider – overall experienced lower autonomy, and were more likely to have experiences of feeling belittled or disrespected during childbirth.”

Ms Keedle said ensuring that women have a positive birthing experience is important, as a traumatic childbirth can stay with women for the rest of their lives and have significant psychological, emotional, physical and social impacts.

“Developing a caring, supportive relationship with your health care provider is critical for women to be able to effectively communicate their feelings and preferences, and for their choices to be taken into account in the birthing room,” she said.

“What this study highlights, is that the standard medical care provided in Australian maternity wards is not effective.

“When women see multiple midwives and doctors throughout their pregnancy and do not receive continuity of care, they are more likely to have negative experiences during childbirth.

“It also shows there is a difference between continuity of care with a midwife and a doctor.”