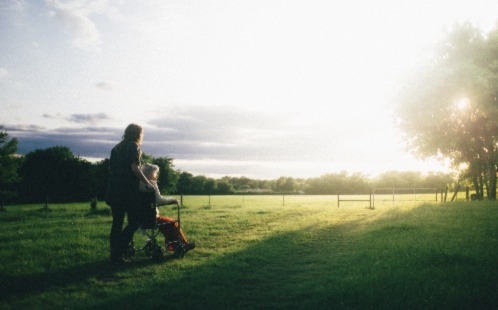 A new study including researchers from Western Sydney University and Macquarie University has revealed that there is a direct link between social interactions and quality of life for aged care residents.

Published in PLOS One, the study monitored over 300 hours of 39 residents from six residential aged care facilities within New South Wales. Residents were also asked to complete a quality of life survey.

Lead author Dr Joyce Siette from the University’s MARCS Institute for Brain, Behaviour and Development said for many seniors there is often already a low number of existing social ties, and the transition into aged care can further emphasise feelings of loneliness and isolation.

“When moving into an aged care facility, it can be extremely difficulty to meet new people and establish new friendships. To assist with the transition, it is really important that a social network is created early on,” said Dr Siette.

“The correlation between social inactivity and increased mental and physical health concerns as well as cognitive decline highlights just some of the reasons why there needs to be a focus on fostering opportunities for engagement amongst residents.”

The findings revealed that residents in aged care facilities spent around half of their time being alone and in their own room.

The researchers also found that residents were often engaging in interpersonal communication and self-initiated events, which contributed to more than 50% of their day.

Moreover, residents who socialised and spent more time with other residents had perceived higher quality of life.

Residents were most likely to communicate with others in commons areas, in their owns rooms or in the communal dining room.

Opportunities and activities that encourage residents to engage throughout the day in common facility areas can support resident wellbeing.

“These findings could be used to create opportunities for social interaction, as unlike previous research on the matter, we can really understand where the social activity is well received and desired amongst residents,” explained Dr Siette.

“Social interaction over a meal or light exercise will in turn increase fitness and nutrition. The benefits are endless.”

The researchers are advocating for greater investment in common areas of aged care facilities to not only build opportunities for aged care residents to engage with one another but to improve health outcomes.