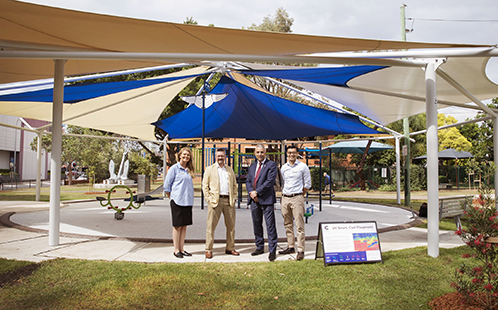 Research lead Dr Sebastian Pfautsch, from the University’s School of Social Sciences, said the collaborative project — which brought together government, industry and research partners — aimed to address climate change and associated hotter summer temperatures in western Sydney, including in our playgrounds.

“Heat-smart playgrounds can provide a safe and enjoyable place; they can be used longer in summer and act as a cool refuge for the community. The adaption of existing playgrounds is an important way to reduce urban heat loads.”

According to Dr Pfautsch, the unshaded rubber found in many playgrounds across Australia can reach nearly 100 degrees Celsius on a warm day. By implementing cooling strategies, including shading as the project has done, temperatures can be reduced by half.

The new playground will act as a prototype to demonstrate how heat-smart design choices and cooling strategies can be combined and implemented in existing playgrounds, both across the region, and Australia wide.

“With communities facing unprecedented heat, drought and bushfire weather conditions across NSW, we are delighted to be pioneers in creating a safe space for children and their families,” Mayor of Cumberland City Council Steve Christou said.

“The new UV Smart Cool Playground cleverly combines new technology and physical play in an innovative environment for the community.”

This project has been supported by Local Government NSW and grants funded by the NSW Government. 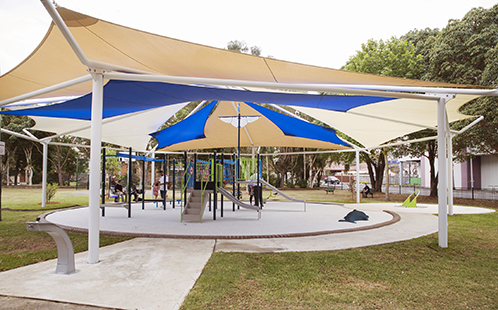