The following opinion piece co-authored by Adjunct Associate Professor Karleen Gribble from the School of Nursing and Midwifery was first published with full links on The Conversation (opens in a new window).

Parents of home-educated children are wholly responsible for facilitating their child’s learning. This is different to distance education, where a student is enrolled in a school and taught by a teacher, but the lessons are delivered remotely (similar to what happened during lockdown when schools were closed).

Home education is legal across Australia. Each state or territory education department requires parents to register. There have been reports more students have registered for home education due to the pandemic. But home education was actually on the rise in Australia well before COVID.

Growth in homeschooling during 2020

The numbers of families registering for home education in 2020 — the year of school lockdowns – was particularly strong in the heavily populated eastern states.

In Queensland, there was a 26% jump in students registered for home education.

The number of registered home-educated students in NSW, Victoria and Queensland is larger than any one school in those states. For example, Varisty College on Queensland’s Gold Coast is one of Queensland’s largest schools with over 3,000 students. But home education registrations account for 800 more students.

Over the last ten years, there has been a steady increase in the number of home-educated students across the country.

There are now more than 26,000 registered home-educated students in Australia, around a third of the ACT’s total school-aged population.

This number may underestimate how many students are actually being home educated. Some states and territories limit registration to the compulsory school ages (usually six to 17), so they don’t count younger and older students.

It is also well recognised a proportion of home-educated students are not registered.

However, Victoria, Tasmania and the ACT all allow children to be registered for part-time home education and part-time school attendance — so these students are counted twice.

The proportion of homeschooled kids has grown, too

While these proportions are still relatively small, they are almost double what they were six years ago.

We don’t know precisely why the proportion of home-educated students varies so much between states and territories. It may be that a limited school choice in regional and remote areas of sparsely populated states, like Western Australia, may encourage home education. Or remote living in states like the Northern Territory may make it easier to “fly under the radar” and not registered.

The availability of support for students with special needs and the ease of access to distance education schools may also play a role.

Another factor could be the way different states and territories manage their registration systems.

Unlike most other states, Tasmania has a history of proactive engagement with the home education community. The assessors have extensive knowledge of home education, which may instil confidence in the assessments.

It also means assessors can give some support, providing a direct benefit to being registered.

We don’t know enough about homeschooling

Families who are home educating are an under-researched group.

There’s evidence an increasing number of students with special educational needs are being home educated. About 20% of parents who made a submission to the recent NSW inquiry into students with disabilities were home educating due to mainstream schools having failed to meet their children’s needs. However, these students are not counted in the government’s Nationally Consistent Collection of Data on Students with a Disability.

Although research suggests mental health conditions such as anxiety or depression can be catalysts for parents removing children from school, this too has not been quantified.

We also need to better understand how to help students who may have a series of needs that are more complex than schools could meet.

Similarly, the benefits, drawbacks and best practice of part-time schooling along with part-time home education in Australia have not been researched. Flexibility might be a solution that may bridge the divide between schools and home education to best meet children’s needs. 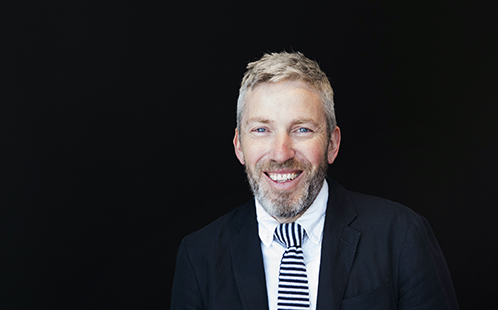