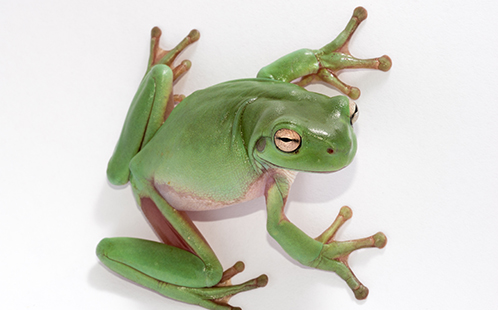 A new study by a Western Sydney University researcher has explored a lethal fungal pathogen causing widespread biological disruption for frogs, assessing how responses differ by species across the globe.

Published in Functional Ecology, the study looked at the chytrid fungus pathogen which is considered the most devastating single disease on biodiversity, contributing to the decline of at least 501 amphibian species.

Lead author Dr Nicholas Wu, from the University’s Hawkesbury Institute for the Environment, said the largest biodiversity decline caused by a single disease is chytridiomycosis, however, it is not known whether frogs infected with this fungus experience the same symptoms.

“Using a meta-analytic approach, the study revealed there are several commonalities in symptoms among frog species that provide a clearer idea of the mechanism of the disease, and therefore death,” said Dr Wu.

“These common symptoms can be used in conservation practices to predict how frogs who have not been exposed may respond to chytrid infection. For example, by swabbing a sick frog in the wild and knowing the pathogen load, we can predict what the animal might be experiencing without experimentally testing it directly.

With the growing number of emerging infectious diseases, meta-analytic approaches can be a useful tool to better understanding disease dynamics in an ecological context Dr Wu explained.

“Emerging infectious diseases have contributed to the ongoing loss of biodiversity worldwide. How species respond to infectious pathogens depends on a myriad of environmental factors, as well as differences in the host and pathogen traits,” he said.

“Different ‘traits’ related to an animal’s fitness such as body condition, reproduction or metabolic rate may be more sensitive to pathogen load, and understanding similarities in trait sensitivity can help understand disease impact and help wildlife management efforts.”

Opinion: Disabled people were Holocaust victims, too: they were excluded from German society and murdered by Nazi programs

When Dominic Perrottet admitted to wearing a Nazi uniform to his 21st birthday party, he apologised to Jews and veterans – but not to the other groups who were persecuted by the Nazis.

Opinion: Got gastro? Here’s why eating bananas helps but drinking flat lemonade might not

Doctors are reportedly concerned about a spike in the number of kids with gastroenteritis – when tummy infections can cause nausea, vomiting, diarrhoea, fever, abdominal pain, headache and muscle aches.