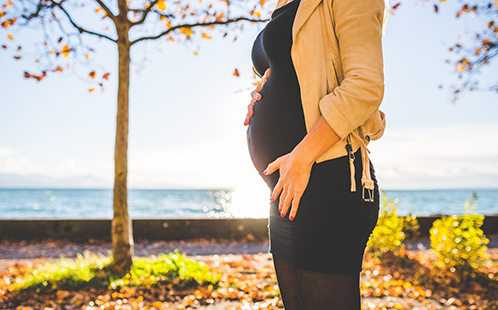 A world-first, international study of a common treatment for women with Type 2 diabetes, has found that the drug may also offer a range of health benefits should they become pregnant.

Researchers from Western Sydney University participated in the ‘Metformin in women with Type 2 diabetes in pregnancy’ (MiTy) trial, led by Sinai Health in Canada – which tested the effects of the medication Metformin in pregnant women.

502 pregnant women with Type 2 diabetes from 29 centres in Canada and Australia participated in the study. The study was randomised, with the women taking either Metformin or a placebo, in addition to their usual insulin regimen.

The findings, which are published today in The Lancet Diabetes and Endocrinology,(opens in a new window) indicate that women who took Metformin during their pregnancy were more likely to experience a range of health benefits, including:

Diabetes in the mother is a common cause of babies who are large for gestational age – however the study also showed infants of mothers taking Metformin weighed 210 grams less than the average.

Lead researcher Professor Denice Feig, from the Lunenfeld-Tanenbaum Research Institute and Mount Sinai Hospital, said women with Type 2 diabetes often take Metformin prior to pregnancy – however, once pregnant, there is little evidence to guide their decision to either stop or continue use of the drug.

“This study found that women with Type 2 diabetes who take Metformin during pregnancy are more likely to see various health benefits, including requiring less insulin, gaining less weight and reducing their risk of a caesarean birth,” said Professor Feig.

“Women can be told of these many benefits, but infants should be monitored closely while in utero to see if they are gaining enough weight. If infants are growing too small, they may need to stop the drug.”

Professor David Simmons from the School of Medicine at Western Sydney University led the Australian component of the study, which tracked 24 women across four centres in Brisbane and Sydney.

Professor Simmons said it is important for women with Type 2 diabetes to receive treatment prior to conception – as a high blood glucose can lead to a number of severe congenital malformations, such as a hole in the heart.

“We know that Metformin is a safe drug to use when becoming pregnant, which helps to ensure that women conceive with a good healthy blood glucose that will not harm their baby. But, thus far, we have been unsure if women should stop taking the Metformin once they become pregnant, said Professor Simmons.

“This study provides good news for Australian women, who can be comfortable that Metformin has now been shown to be a helpful drug during the pregnancy. Lower insulin requirements also mean that women can sometimes avoid extra daily injections, which is another positive.”

The next steps for the researchers is to look at the long-term effects of Metformin on infants, in the latest phase of the study referred to as ‘MiTy Kids’.

“It was expected to find that management using Metformin can lead to smaller babies and this happened in about one in eight women,” said Professor Simmons.

“In our clinical practice, we had already decided that if there is a risk of a small baby – for example, in the case of twins – then we avoid using Metformin. But more research is needed to understand if there are any long-term impacts on the infants into the future.”